Jason Whittaker, John Avery “Whit” Whittaker’s son, is headed to the Philippines to coach basketball with Sport Ambassadors. If you’re a 90s kid who grew up in a Christian home, you probably know Mr. Whittaker Sr. and invited him into your home. He’s taught you about Christian character and has taken you on many adventures… Adventures in Odyssey.

Over the years, Adventures in Odyssey has been a staple in Christian homes. In 1995 it was the 2nd most popular Christian radio show, and in the early 2000s Odyssey broadcasted across 6,000 radio stations worldwide. Today, Christian families still welcome Whit and friends into their homes.

Sports Ambassadors (SA) may be less familiar, but has also had a big impact on young people. Starting as Venture for Victory in the early 50s, SA is one of the longest running sports ministries stemming from the U.S. Since its first basketball team in Taiwan (then Formosa), SA has had over 3,000 people involved in this evangelistic ministry in 67 countries. 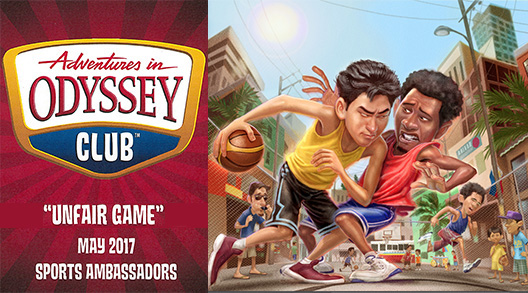 Bringing together Adventures in Odyssey and sports, Focus on the Family released the episode called Unfair Game on May 1. The story features a typical Sports Ambassadors trip to the Philippines, dealing with issues of pride and selfishness, which is something athletes can struggle with. Through the drama, characters discover the ultimate purpose is to play the sport for His glory, not their own. Preview a FlipSnack of Sports Ambassadors trading card here.

FREE TRIAL: As a special for One Challenge supporters, Focus on the Family is providing a free trial during May to their Adventures in Odyssey club. Perks include the audio drama Unfair Game, a video with related content, and online games. All this can be accessed at aioclub.org/SportsAmbassadors. (No credit card information required. Just sign up, then click Adventures > Season 4 > #41 Unfair Game.) 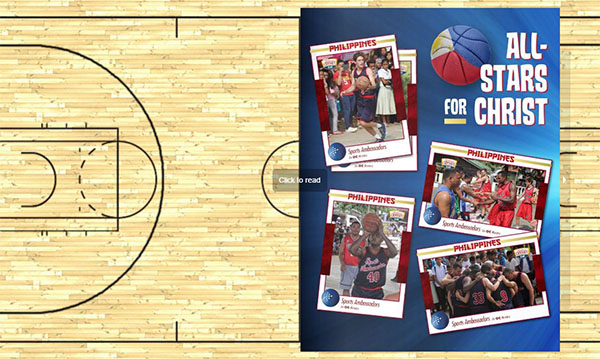 Sports Ambassadors desires to see healthy churches effectively employ sports and recreation for reaching their community and beyond. This is done through long-term partnerships with churches and leaders in countries around the world, but it’s also accomplished through teams, through universities in the U.S. or a gathering of like-minded players from different backgrounds who want to impact nations for Christ. 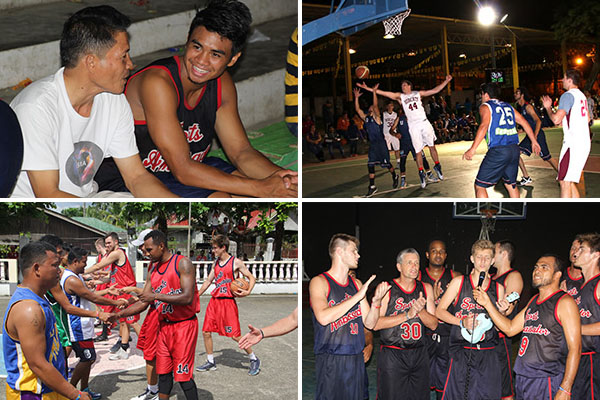 Sports in Action in Guatemala

Rob, Sports Ambassadors director, recently returned from a short-term SA trip in Guatemala working with the College of the Ozarks. This was the Ozarks’ third trip to Guatemala in five years. 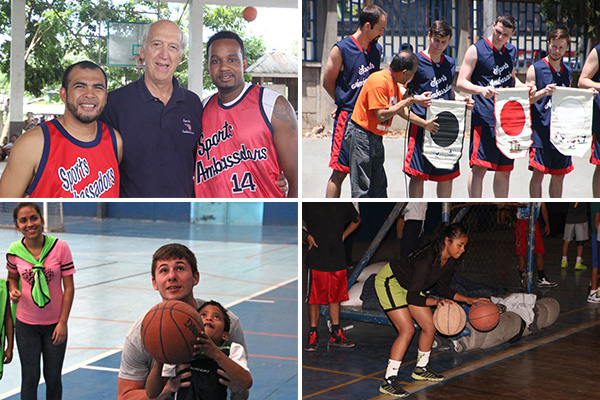 “In Totonicopan, we had our biggest crowd of 1,000 spectators. The crowd loved the last half of the game as we had multiple dunks, three-point shots, and fast breaks to which the crowd responded with a roar. The president of the basketball association there, Daniel Lima, a believer, shared that it was the first time a Christian basketball team had visited his town. It was a real highlight as 100 spectators filled out the response slips attached to their brochure,” Rob says.

Sports are a unifying factor among people groups. Friendships between believers and non-believers form because of a common love – the game. One Challenge believes in sports ministry because its breaks down barriers and helps believers reach out to the communities surrounding them. 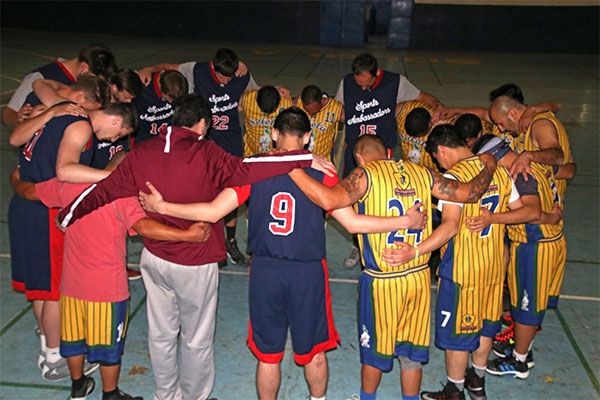 Sports Ambassadors is accepting applications for two summer trips:
• Beach volleyball in June in Barcelona, Spain and
• Basketball in July in the southern Philippines.

Sports Ministries
One Challenge is an international mission sending agency empowering local church ministry in more than 100 countries around the world. One Challenge uses sports as a vehicle to create opportunities for sharing the gospel, planting churches, helping churches engage their communities, and developing disciple-making networks. Contact the OC Sports Ambassadors at SA@oci.org or go their Sports Ambassadors Facebook page.