God works in ways unfathomable to his children. One Challenge workers Bob and Sharon never imagined expanding their ministry from Eastern Europe into Mongolia, but God had other plans.

As they finished up a three-year training course in Siberia, Bob and Sharon were approached by a Mongolia pastor, who had just finished the course, asking whether they could do a similar training in Ulaan Baatar. Mongolia has seen rapid growth in Christianity in the last 30 years so many pastors were new and had little to no seminary training. 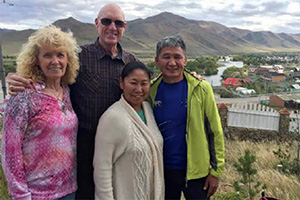 Bob’s initial reaction to this opportunity was it seemed unlikely, as it would take $45,000 to complete the three-year training for 30 pastors in Mongolia. But the Lord had other plans. Through an obedient and generous individual, the $45,000 was provided. Then Bob and Sharon began training the 30 Mongolian pastors!

“Twice a year for three years, we brought 30 pastors from the far corners of Mongolia for two weeks of intense teaching,” Bob says. “During that time, we witnessed an amazing transformation take place in the lives of these men. Only through the power of the Holy Spirit and by the grace of God could this have happened.” 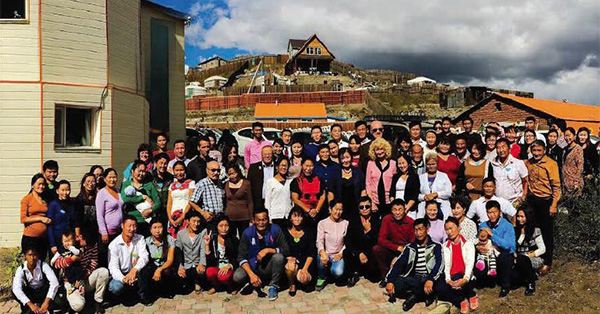 The 30 pastors graduated the program three years ago, and made a commitment to plant 100 churches by 2020. In three years, 20 churches have been planted. “One pastor led more than 100 people to Christ and formed a church. Reports continue to astound us as we hear of revival and growth,” Bob says.

In addition to leadership training in Mongolia, Bob and Sharon recently completed a marriage and family seminar for 45 couples.

“God met with us as we taught these beautiful people; there were couples crying, confessing to God and their spouses, making new commitments,” Bob says. “We finished teaching, and two days later one of our churches planned to take the things they learned to their own people. First they are repeating the seminar to their own people, and then making it a citywide effort. We are blessed! This was our goal. Soon it will be repeated in churches all over the country.”

Along with leadership training and the marriage and family seminars, one Mongolian couple, Jargal and Duya, received the calling to bring Christian camping to Mongolia. Being Bob and Sharon’s predominant background, they gave them the tools and training needed, and last year Jargal and Duya organized their first camp. 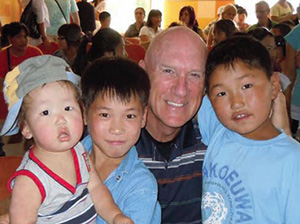 At the camp, 265 people were baptized, taking two pastors 4 hours to baptize them all. The Lord is great!

The Lord is on the move in Mongolia and One Challenge is excited to be a part of it, through Bob and Sharon’s ministry, through a nationwide research project, through sports ministry, and through whatever opportunities arise in the future. Produced by Mongolian partners, this video shows highlights of the camp. The video was made as an expression of thanks to Bob and Sharon and their partners.

One Challenge workers Bob and Sharon lead leadership training and marriage seminars for the purpose of not only providing valuable training, but also creating reproducible material for leaders and their spouses to use in their respective areas of ministry.