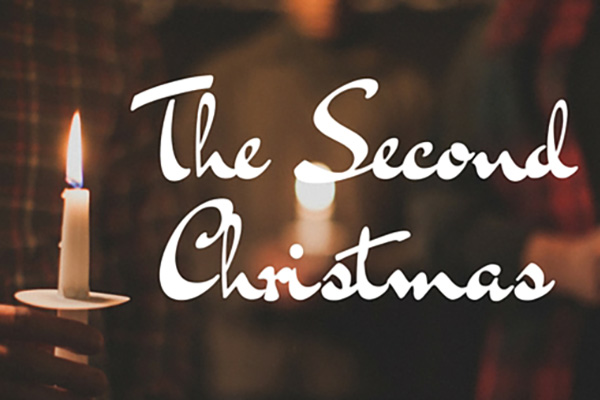 Sarah’s eyes once again scanned the settling crowd. Her youngest, Izzy, was crawling up onto Tanta Mary’s lap. Sarah moved to put a stop to the added “attention” her baby would bring to the honored guest but Mary waved her off, adjusting herself in her chair to comfortably accommodate the squirming youngster. Izzy seemed to find a position that suited her and settled in. Her eyes met Tanta Mary’s and she said, “Daddy said you would tell us about Jesus’ birthday. Will you? Will you? Please!” Yoshi, now holding the lamb on his lap, chimed in, “If you wouldn’t mind, Tanta Mary, this would be the perfect time to retell the story. I could assist with our part.”

Joseph was putting more wood on the fire. The evening was coming on, and so was the cold. Mary smiled, nodded, then looked into the fire. She had been tending one like it that night, so long ago, when neither fire nor lanterns were needed to light the room. She began the tale, almost chanting out the phrases, as if she had rehearsed them over and over in her mind.

“It seems now that I was quite young, too young to be considered of much value. I was, however, engaged and happy to be so. Joseph was quite a bit older than I, but a skilled craftsman, respected in our community, and able to provide for me and any children Jehovah may bless us with. One afternoon I was in the house alone, tending to the kitchen fire…”

She looked away from Izzy’s hair, which she had been stroking, and looked back into the living room fireplace.

“All at once, I felt another presence in the room with me. It wasn’t a sensation that could be missed. This presence filled the room so completely it felt as if the walls bowed to try to contain it. If I had felt insignificant before, I felt invisible now; completely enfolded… lost…”

Her words trailed off. The room was completely silent except the crackling of the fire. “Who was it, Tanta?” Izzy broke the silence. Mary smiled down at Izzy, but didn’t answer her question.

“I was afraid – frozen in that place and time. ‘Hello, Mary’ I heard over the crackle of the fire. ‘Jehovah is with you. He has chosen you from among all other women for a special task.’ I began trembling, so much so that I could no longer stand. Falling to my knees I tried to speak but could get nothing to come out. ‘Don’t be afraid, Mary,’ the voice said, as a hand rested on my shoulder. ‘Jehovah is pleased with you. He is for you.’ Warmth spread from the touch over my whole body and the trembling subsided. I stood and turned to face the visitor. 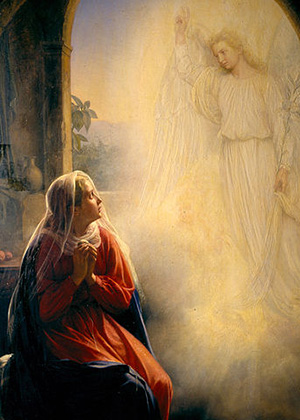 “Standing but an arm’s length from me was a young man – at least, I think it was a man – in a white tunic and hooded robe. His eyes sparkled so, as if the sun’s light were trying to escape from within him. He appeared not more than 15, about my age, but the depth of his voice led me to believe he had existed forever. He stood there, smiling at me and waiting for me to take it all in. Finally he said, ‘You are going to have a baby, a boy, and you will call him Yeshua. He will be greater than any other born of a woman and will be called Son of the Most High. Jehovah will make him king over all of Jacob’s descendants, just like his ancestor, King David. But the kingdom of Yeshua will never end.’

“I knew this visitor had said a lot of things I should remember, but I was stuck on his first statement. I was to have a baby? How could this be? I tried to ask, but my lips would only create mumbling. He waited patiently, then smiled and touched my shoulder again. The renewed warmth of his touch gave strength to my lips and words began to tumble out. ‘How can I have a baby? I am not married. I have not been with any man.’

He now placed both hands on my shoulders, as if to steady me and looked directly into my eyes, sharing with me the intensity of the light in his. ‘The power of the Holy Spirit of Jehovah will wash over you like a consuming shadow so that the baby conceived in you will be from the seed of God, not of man. He will be called the Son of Jehovah.’ He, no doubt, could see the doubt lingering in my mind because he added, ‘God’s message never comes without undeniable power, Mary; for example, your cousin Elizabeth, who everyone thought could not have children, is pregnant and is already in her sixth month!’”

‘That’s who I am named after!” chimed in Izzy to the shushing of many.

‘What? Now joy, confusion, and fear tumbled around in my head like children jumping on a bed, knocking each other over. I took a couple steps back, trying to gather it all in. This was too big to get my mind around… too many questions fought for a voice. I looked back at the visitor, perplexed. He was still there, now silent with the same reassuring smile. It was as if he was waiting for something. Could he need me to respond, to agree? How could that be? I am just a woman, not much more than a possession, and a young one at that, but still he waited. Instinctively I knelt, bowed my head, and closed my eyes. Gathering what strength I had I said, ‘I am but a servant of Jehovah. May his will be done in me as you have said.’

“Several things happened all at once. ‘Shalom!’ the visitor shouted as if some great thing had just occurred. Before I could open my eyes a wave of light burst over me and left me sprawling on the floor. The visitor had vanished and I was once again alone with the kitchen fire, crackling as before.

“Picking myself up off the floor I began to wonder what had just happened. Could it really be true? I decided to go see Elizabeth. Maybe she could help me make sense of this. Was she really pregnant?

“Two weeks passed as I prepared, planning to be gone for some time. Though I had not forgotten my visitor or the conversation, I was able to let it drop into the background of my mind. After all, maybe it was just a dream. When the time for my bleeding did not come I knew. This was real. It had begun.”

More Chapters from The Second Christmas 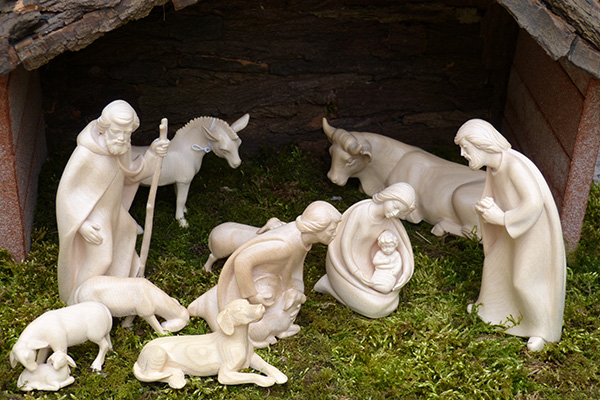 Read more of the story here…

Jeff Boesel, Director of Mobilization at One Challenge, also shares some Honest Answers articles, based on decades of experience. His time in missions began as a “third culture kid” when his parents served at an international school in the Philippines for 21 years. Jeff, his wife Deänne, and their children served in Guatemala for 9 years, until they were assigned to OC’s U.S. Mobilization Center in Colorado Springs, where they both still serve in Mobilization and MemberCare. These Honest Answers articles about beginning the journey, planning for finances, and preparing to go overseas.