Sid, Serbia… Friday, 20 Nov 2015. “Your eyes have never seen anything like it,” said Mohim, an aging man who fled his home country of Syria with his wife and children. “You don’t know what it’s like to hear the last plane leave your country and have to sleep that night, that dark night, in your home wondering what will happen.” (This story is “part 1” of the story. See part 2 also, go to Part 2.) 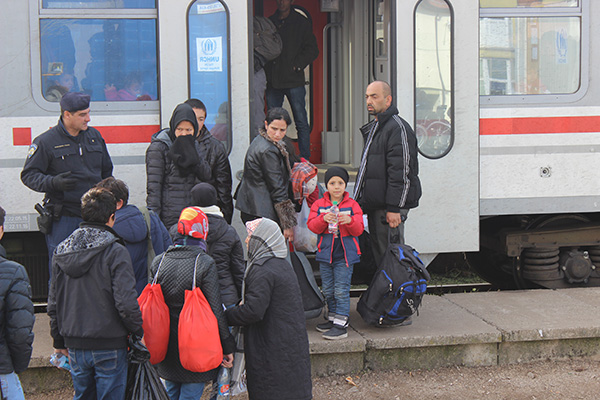 We met Mohim and his family after they had been traveling a week. A week taking you farther from all you know – the language, the culture, your friends and family – and bringing you to a great unknown. We spoke to him in Romanian and heard a small part of his story. Each of his children have a Romanian name. He spoke of his years in Timisoara studying to be a construction engineer with joy. He asked us why our country of Romania had closed itself to refugees because, deep in his heart, he would like to live once again in Timisoara and see how it has changed since the revolution of 1989. His family hopes to settle in Germany – the Promised Land for many refugees.

Our conversation with Mohim came at the end of our day of serving refugees in Sid, Serbia. We first stopped at the train station near the Serbia-Croatia border. Buses full of refugees arrive every day from Greece, Macedonia, and other countries. Roughly 5,000 to 6,000 refugees and migrants come to this city every day.

The United Nations High Commission of Refugees, UNHCR, offers essentials to the refugees and migrants as they board trains that will take them further West, deeper into Europe. It was relatively quiet for the scene that’s in front of us. Dozens of police officers roamed the area, patrolling and barking orders. Doctors treated patients in their container office. Their white coats could be seen flapping in the wind as they surveyed the crowd of refugees. A bus arrived and those fleeing their broken land gathered all they owned – a backpack, a hiking pack, blankets – and shuffle to the train. 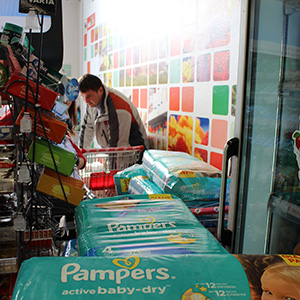 After coordinating with the UNHCR workers, we bought essentials in bulk for distribution. We purchased cartfuls of diapers, baby food, Kleenex, wet wipes, and hygiene products. When we returned, the train station was empty. The Macedonian border had announced it was now closed and therefore, more coordination was needed before more buses could arrive. The UNHCR workers asked we buy more baby food, wet wipes, and some soccer balls.

Those arriving were separated into different categories: refugees seeking asylum in Europe and migrants from North Africa and other countries who were not allowed further into Europe. For hours they were waiting with nothing to do and they had asked for a soccer ball. While some of our team left to purchase these items, some stayed to do interviews. The director of the UNHCR workers in Sid allowed us to interview her. Her humility, gratitude, peace, and kindness struck me. She knew we all needed each other to address this crisis.

We then went to a bus station for the late afternoon. The sun was setting and the evening was getting cold. There was a semi-truck of water parked outside the bus station. People were washing their hands, their shoes, their faces. Everyone was waiting – for a bus, but more likely for an answer to their future. There, we finally had direct contact with the refugees. We handed out granola bars. We met people from Iraq, Afghanistan, and Syria. They were mostly young people and young families. As the darkness of night approached, the children could be found under the only bright street light coloring and laughing. 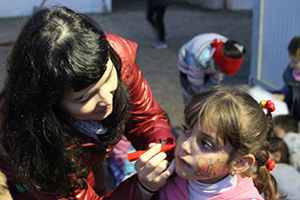 One Challenge Romania team members, Virginia and Tammy began face painting – children are always children no matter what their circumstances are. Some asked for hearts or butterflies. Some asked for the flag of the country in which they hoped to live. “Don’t you see? These are the light in the darkness of this situation. These children are the hope of the future. Not all is lost,” God told Virginia as she painted faces.

After all the kids had their faces painted, we met a teenager named Miriam who fled her home in Afghanistan with her family. She asked us for clothes because she had been wearing hers for several days.

As we were meeting people and hearing their stories, in the little English they knew, I noticed there were some other people volunteering at the bus station. One group was from the Czech Republic. They weren’t Christians but they wanted to help. It occurred to me that God can use anyone to be his hands and feet and to fulfill his purposes. 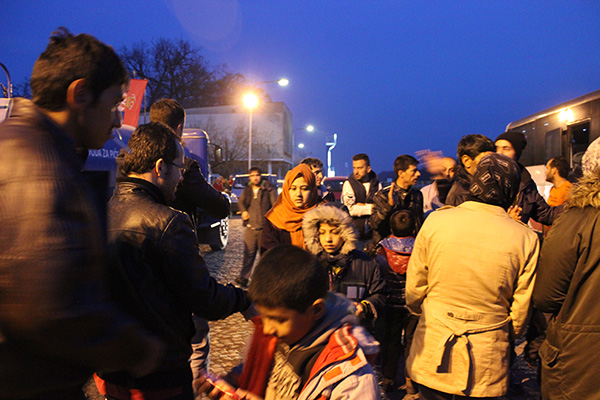 As we left the bus station and headed to our home for the night, we took time to pray as a team in the car. It was during this time, I knew without a doubt God brought us to Sid not just to see and understand more about the crisis, but to meet Mohim and his family. Only God could have orchestrated a meeting of a Syrian man who speaks Romanian with our team who serve in Romania.

Holistic Ministry
One Challenge is an international agency committed to bringing God’s transforming love and hope to all people. We identify and work to meet the physical, emotional, and social needs of individuals and communities, providing opportunities for deeper level relationships and deeper levels of change. These ministries include education, medical services, agricultural development, community development, and small business mentoring … helping local people to build a healthy community.