Have you ever wondered what Christmas is like in another part of the world? How do they celebrate the season in Brazil, France, and Ukraine? Read on to learn some of the highlights of Christmas around the world.

Being in the Southern hemisphere, Christmas in Brazil is during summertime. The weather is hot. Many Brazilians will spend the holiday by the beach or the pool. Most of the celebration is done at midnight on Christmas Eve, which is when the big meal is eaten, Papai Noel (Santa Claus) visits, the presents are opened, and people go to mass called Missa do Galo. 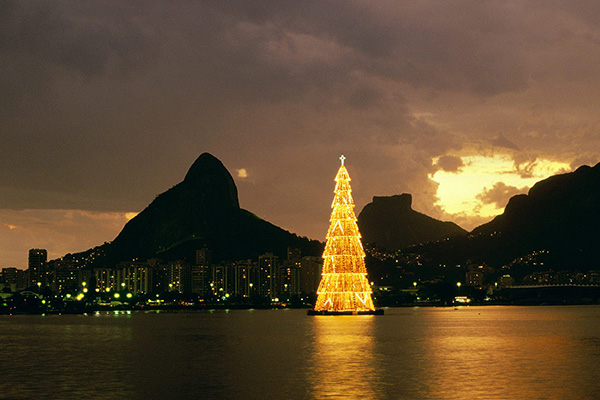 Pray for the church in Brazil. Although the majority of the population claims to be Catholic and 26 percent claim to be Evangelical, corruption in both churches is prominent. Pray for Sepal Brazil as they seek to reach Brazilians and seek to reach nations for Christ, with many Brazilian workers in limited access countries where Westerners cannot go.

In France, Christmas is a time for the whole family to come together to holiday and worship for the few who are still attending services. On the eve of Christmas, beautifully lit churches and cathedrals ring out Christmas carols with the church bells.

The family gathers in the evening for a large family meal that goes well into the night. Once dinner is over and the family has retired to bed, they leave a fire burning and food and drink on the table in case the Virgin Mary calls. Children leave their shoes or wooden clogs called sabots on the hearth for the Christ Child or Pere Noel to fill. In the north of France, children are often given gifts on December 6, which is St. Nicholas’ Day, instead of, or as well as, Christmas Day. 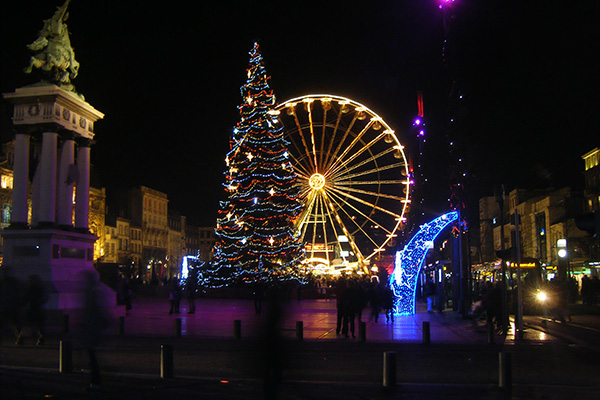 Only 1 percent of the population in France claims to be Evangelical, and many who claim to be Catholic are nominal at best. Pray for One Challenge’s efforts in France, as we reopened the country for service after over a decade of absence. Pray for French officials and government in light of the recent tragedy. Also pray for the families whose Christmas will be very different this year.

Christmas in Ukraine is celebrated according to the Gregorian calendar on January 7th. Despite the Soviet Union’s attempts to replace Christmas with New Year’s, Ukrainians have kept their traditions. Christmas celebrations have grown in popularity following Ukrainian Independence in 1991. Christmas Eve and Christmas Day are focused on family, the Christmas story, and eating vast amounts of traditional Christmas foods. Traditionally there should be at least 12 different foods on the table, including kutia which is a sweet grain pudding. Caroling is very popular, especially on Christmas Eve, and carolers are usually given sweets or money. Instead of Santa Claus, Ukraine has Did Moroz (Grandfather Frost) who gives out gifts with his granddaughter assistant Snegurochka (Snow Maiden).

Only 3.8 percent of Ukraine claims to be Evangelical. There is continued struggle in Ukraine in light of the recent tension with Russia and the protests which took place last year. Pray for the One Challenge workers in Ukraine who are trying to serve the nation by providing to the economy as well as train the next generation of workers from Ukraine. Ukraine is a key nation, a bridge between East and West, Orthodox and Catholic. Many believers in Ukraine can reach Central Asia and Eastern Europe in ways Westerners never could.

Missions Mobilization
One Challenge is an international mission sending agency empowering local church ministry in more than 100 countries around the world. We seek to empower the whole body of Christ to bring a transforming love and hope to all people. When invited by local leaders, OC facilitates local bodies of believers to identify, train, and send global workers toward realizing a “from everywhere to everywhere” vision.