Sometimes rocks in the road of our God-appointed journeys are just ways for the Lord to perform small and big miracles in our lives. Such was the case for One Challenge workers John* and Sue* as they made the journey of opening the One Challenge resident field of Zimbabwe.

For many years the Southern Africa Regional Team had been working in Zimbabwe, but John was convinced that One Challenge needed a physical presence in the country. “Since I was born in the country, which was formerly Rhodesia, he sort of eyed me and said, ‘I think we’re it.’ My response was, ‘Good luck!’ because the situation in the country had become very complex since the 1990s, and I had lost my citizenship, lost my residency, everything,” Sue says. 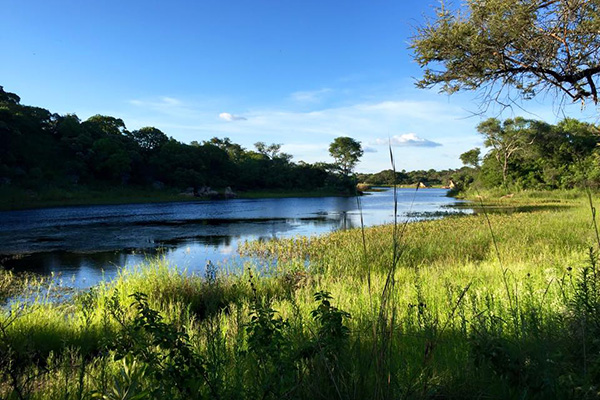 Over time, Sue felt burdened that she was holding back her husband’s dream. So in 2013, when a new constitution supposedly allowed dual citizenship for Zimbabweans, Sue and John began the process to restore hers with the goal of moving to the country. The journey was not an easy one.

Dealing with the Legal System

“After much prayer, we went into a very difficult situation, a very intimidating situation, a very dehumanizing situation in many ways, to try and gain the necessary paperwork,” Sue says. She had to switch her birth certificate from Rhodesian to Zimbabwean; she had to prove that her father, who passed away many years ago, was a citizen the year she was born, and so on. It was not an easy process, but the Lord helped them. As Sue navigated one office after another, John prayed outside the door.

The first time at the registrar’s office, Sue’s request was denied point blank. “I turned to my husband, and said, ‘Well that’s it.’ But we decided we couldn’t just quit, so we stopped and prayed again. I went back into the office. I apologized for not adequately communicating and asked the registrar general to revisit my case.” Sue says. The registrar complied and within 15 minutes Sue was reinstated as a citizen. Innumerable offices and a couple of days later, she was issued a new ID and had applied for her Zimbabwean passport, only to then be told she needed to renounce her foreign one. Sue refused. Four months later John innocently revisited the office and, without any questions asked, was given Sue’s Zimbabwean passport.

The miracle of this wasn’t clear until much later when it became apparent that others, following exactly what Sue had done, were not regaining their citizenship. The government declared the new constitution invalid until ratified, and the doors for dual citizenship closed within weeks of Sue’s application.

Another miracle transpired when the family actually moved all their belongings into the country. Due to an error in her passport, the tax-free window for moving everything had theoretically closed, and they were going to have to pay 16,000 dollars in import duty. However, after receiving counsel from a contact in immigration, they moved in the faith that everything would be tax-free.

Sue says: “The day we actually arrived at the border with all of our stuff, our cars, trailer, and dogs, we had no guarantee that everything was going to go through duty free. But we had an army of prayer warriors, including OC Africa team mates who had made the journey with us, praying constantly. Every time officials said there was a problem over my paperwork, I simply affirmed them and told them to do their job. Miraculously, I was cleared as a returning resident and even the items we expected to pay duty on, were cleared tax free!” It was an all or nothing situation and God did it all.

The journey has only just begun. Although John and Sue have been in Zimbabwe for over a year, their ministry is just beginning. Life is difficult in the country and connections are hard to make, but they are building relationships wherever they can. They offer teaching and advice. They serve wherever they can, even if it means getting their hands dirty. They are ready for the next joy and challenge living and ministering in Zimbabwe will bring.

*For the sake of security, some of the real names of workers or programmes have been changed or omitted.