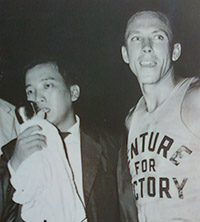 This month we want to remember Bud Schaeffer, who went to be with His beloved Lord and Savior on July 22, 2015 at the age of 88. He holds a place in OC’s 63-year history as one of One Challenge’s first mission workers and early pioneers of sports evangelism.

Bud’s Call to Serve through Basketball

The arena God appointed for Bud was the basketball court, giving him unusual athleticism and skill. Schaeffer, a Wheaton College graduate (BA in Biblical Studies ’50) made quite a name for himself in basketball with his unbelievable feats on the college court. In 1952 Schaeffer was selected by Taylor University’s Coach Don Odle to join the first basketball missions tour sponsored by Orient Crusades (OC’s name at that time). This was in response to Madame Chiang Kai-Chek’s request to Dick Hillis and Ells Culver to bring a basketball team to Taiwan to share Christ with her people. Norm Cook, also on that first squad in ’52, remembers facing the Republic of China’s national team in Taipei on a night when the men had already played three games that day! “We were behind by 16 points in the third quarter and Coach ordered us to go into a pressing man-to-man defense. Although exhausted we did it and Bud was the key to our winning. A UN war correspondent who saw the game said: ‘It wasn’t fair because that team had God on its side!'” 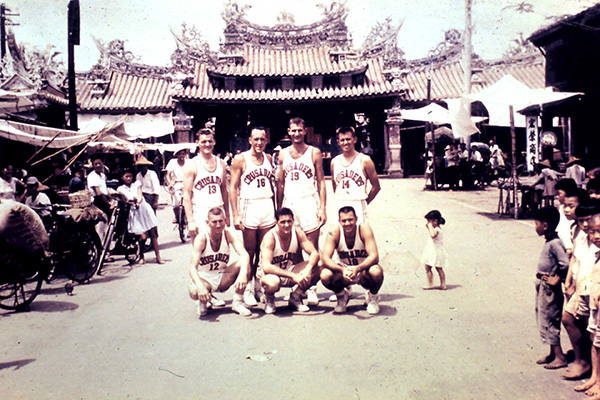 The next year Bud did a second Venture for Victory trip to the Philippines, accompanied by his wife Alice. In the process, he developed a deep concern for and interest in the Filipino people. The couple joined the OC staff in 1954 and left in May 1955 for the Philippine Islands with Sheryl, their baby daughter. Three other children were born to the Schaeffers during their years of service in the Philippines: Teri Ann, David and Kevin.

For twelve years, the Schaeffers lived in the Philippines directing and coordinating Venture for Victory basketball teams, camp work, and sport clinics and having many pastors’ and youth conferences. Venture for Victory used athletes as evangelists and mission workers. Teams from the U.S. would play local teams in schools and communities. At half time, the team members would sing, testify, and present the gospel to those present. Those people who made decisions at the game were encouraged to sign up for a Bible correspondence course available through OC. This was a perfect fit for the talents and personality God had given Bud – sports, music, humor and endurance. 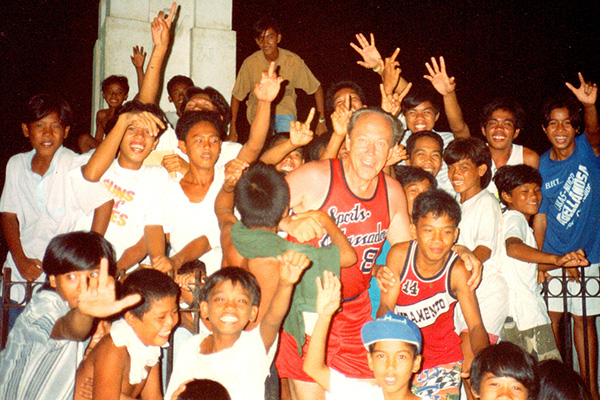 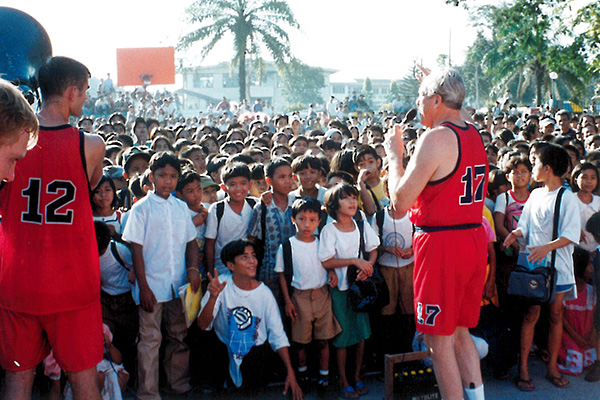 In 1967 Bud was asked to come back to the United States to be the Director of Venture for Victory, later known as Sports Ambassadors (SA). For the next 16 years Bud’s deep devotion to the Lord found expression in sports ministry. He recruited and mentored players, took some 50+ teams abroad as player/coach, and with those teams shared Christ in over 30 countries before hundreds of thousands of fans. He participated in his last game at age 75. 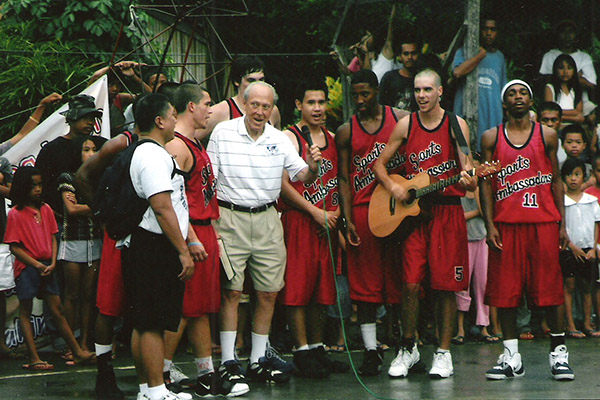 In 2009 he went on his last SA trip to Mindanao, Philippines with the current Sports Ambassador Director, Robin Cook (husband of Bud and Alice’s daughter, Teri). Rob recalls how Bud energetically shared at every halftime of the 32 game tour using simple “props” to illustrate the relevance of Jesus Christ in the basic issues of life.

Bud’s object lessons were not limited to halftime on the basketball court. All who knew him will remember him for his single-mindedness in using every opportunity given to him to share the love of Jesus. He lived out his identity and will leave a godly legacy! To GOD be the glory!

Sports Ministries
One Challenge is an international mission sending agency empowering local church ministry in more than 100 countries around the world. One Challenge uses sports as a vehicle to create opportunities for sharing the gospel, planting churches, helping churches engage their communities, and developing disciple-making networks.