“I’m not going to talk about Irian anymore. My friends don’t believe me. They think I’m lying,” says a teen TCK.

“I’m not going to mention where I got my clothes. (She bought her sweater in the Netherlands on her way to the U.S. from the Philippines.) My friends thought I was bragging,” says another TCK teen.

These are common quotes that Diane Morris has heard over the years in her roles as international school teacher (28 years) and mission worker in Member Care (23 years and counting). Diane shares her insights on TCKS in this article…

Both of these young teens were TCKs (third-culture kids), the kids of mission workers on home leave from their respective countries and were trying to learn how to fit into the teen world in the U.S. From their perspective, they were just being honest in the midst of conversation, but to their peers they either seemed proud or perhaps even a bit “weird.” I would guess that most young TCKs, even younger than teens, have experienced similar “off-puttings” from their peers, especially during the early days of their return to the U.S.

Just Want to Fit In at “Home”

For teens especially, but also for younger ones, the worst thing that can happen is to feel they don’t fit in when they come to this country. The biggest fear before they leave their host country is, “Will I have friends in America? “Will I be able to fit in with my classmates, neighbors, Sunday school or church groups?” As the elementary counselor at Faith Academy in the Philippines, I heard this every year, even from the youngest children, as the time for their home leave drew near. I was glad for the opportunity to talk with them about ways they could reach out to others as well as things to avoid, especially during their first months back in the “home country.” 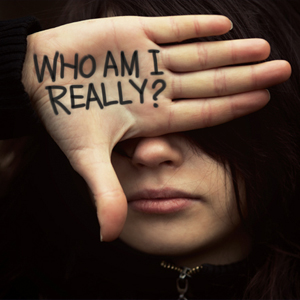 The teens mentioned above were suffering from a malady called “Hidden Immigrant,” a term coined by Dave Pollock and Ruth Van Reken, both TCKs themselves and speakers and authors on TCK issues. A “Hidden Immigrant” is a person (adult, child, or teen) who looks like everyone else on the outside but is more like the foreign host country on the inside. He has so assimilated the mannerisms and culture of the foreign host country that it is who he really is – on the inside. This is largely the reason this group has such a hard time with identity issues – “Who am I, Really?” And why the hardest question to answer is “Where are you from?” On the inside, and most recently, they are “from” Irian or the Philippines, in the illustration above. It would be so much easier to just say, “California”, or “Idaho” and the conversation would go on about other things.

Hidden immigrants who have been in more isolated cultures have the hardest time, because they may not know the new food combinations, vernacular, music, and “normal” behavior of their peers, all of which make the “outsider” stand out in the crowd. This is especially true if they have been away from the “home” country for three years or more. They become bewildered, sad, sometimes angry, and fearful that they will never “fit in.”

Trouble Fitting in on the Field AND at “Home”

If the family is serving in a country where they look like the people in the host country, they also become “hidden immigrants” during their initial transition. Because they have the same skin color and look like all the rest of the people, they are often looked down upon by the host population when they don’t sound the same or know the “rules” of the society. 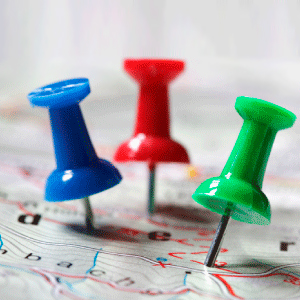 I have a dear Australian family who served in Hong Kong. They have two boys who came to America for college. Although the boys attended international schools, they still didn’t know the latest fads and “lingo” of American young people. They each stayed with me in Colorado for a week or so to get the “feel” of living in the U.S. One of my contributions to their enculturation was to teach them American coins, so they wouldn’t be embarrassed when making purchases! They were true “hidden immigrants” in the U.S. but also when they visited family in Australia. They were no longer true Australians ,because of the influence of the culture where they had been living. In this case, it was not only American culture that they picked up at school, but also some Chinese as well!

I have known European mission worker families who served in the Philippines and attended an international school which was mostly American. They were “hidden immigrants” at school but the environment was more understanding. It was very difficult, however, when they returned to their European countries and could not fit in easily with their European families – especially grandparents, who were very disappointed that their grandchildren had become so “Americanized.” Non-family members can actually be quite cruel in relating to these TCKs. 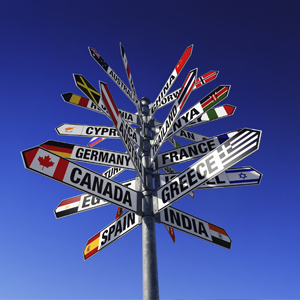 Another common group of hidden immigrants is non-western children adopted by American families. In a strange setting, they are expected to be like Koreans, Chinese, or whatever the country was from which they were adopted. By the time they reach school age and older, they are far more “American” on the inside – and even their outside behavior- than their original culture. This can be very confusing and upsetting on both sides. In these days of multi-culturalism in the U.S., the issues are not as evident, but they are still here. There are just many more hidden immigrants today.

Asian TCKs who have grown up in the U.S. or another western culture and return to their passport country to live find being a hidden Immigrant very painful in their early days there. I have known some who have been treated in an impolite, even cruel, manner by officials because they look like they should know the rules of the culture.
Why do all of these TCKs experience such cultural misunderstandings from peers, teachers, in churches and other groups? The answer is, “What they appear to be on the outside, or by their passport, isn’t who they are in the invisible places within.” (Pollock and VanReken)

Learning How to Cope

So – how do these TCKs learn to cope? They have a few different strategies. Some become “chameleons,” becoming as much like the people around them as possible, so they will not be “discovered” as different. This is a challenge and adds a lot of stress to an already stressful situation. Some choose to reveal right away that they are “different from you” and don’t plan to become like the people around them. This can be taken as pride and boasting and can turn others off quickly, making it nearly impossible to make friends. Then there is the “non-identity” group — those who sit on the sidelines, don’t engage, and just watch until they learn who they are going to be in this new setting.

All of this comes back to the question at the beginning, the question of identity. “Who am I, really? Who do I want to be here? Especially if the transition is going to be years long, it is important to choose.

As Christians, TCKs (and all believers, as well) need to learn that our true identity is in Christ – who He is and Who He is to us. “Our citizenship is not in this world” but we do have to live here, as “foreigners and aliens” but “assigned” to live in this world as He did – accepting, loving and enjoying others for who they are, gradually taking on the parts of the culture that are good and even enjoying the differences. TCKs will make friends as they choose to be friendly and as they do, there will be opportunities to share their “differentness” in ways that are not only accepted, but appreciated by those with whom they live. 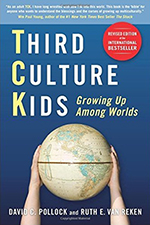 In many cases, as soon as they feel they have adapted well, it can be time to return to the host culture, or another new one, and start all over again! It is the story of a TCK’s life but it becomes much easier when they settle the identity question by growing in the reality of their identity in Christ and living as His ambassadors in this world. 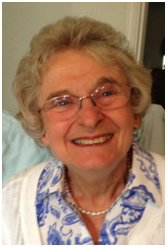 Education
One Challenge is an international mission sending agency empowering local church ministry in more than 100 countries around the world. One Challenge seeks to educate on all levels in order to equip the next generation of leaders … English as a second language, global workers’ children in international schools, university and seminary students.