NOTE: This post in the “Honest Answers” series is written by Kelli Boesel, daughter of Jeff Boesel, OC’s Director of Mobilization. In addition to being an MK, Kelli is also an OC worker who served as an MK teacher in the Philippines and currently is a journalist on the OC Communications team.

“I recently helped my grandpa edit a letter response to a distraught aunt of one of OC’s appointees who argued that no young families should go overseas to do ministry,” says Kelli. “She insinuated that this couldn’t be God’s plan for young families and that OC was taking advantage of this young couple, not fully explaining the risks. She said she is actively praying that the Lord would keep them here and serve the needy in the U.S., so they could raise their children in the safety and comfort of ‘home.’”

If you know me at all you will understand why I am writing a reactionary blog about this woman’s perspective. My (dare I say it) outrage at this letter has nothing to do with her claim that there are needy people in the U.S. and this couple could serve the Lord here. It has nothing to do with the fact that she clearly wants her family to be safe and close to her. My anger stems from the fact that she is basically saying my parents (and grandparents incidentally) didn’t think of my welfare at all when they moved me and my siblings to Guatemala when I was 5. That my education, well-being and future are somewhat lesser having grown up abroad. (She also implies that there is a level of brainwashing going on in our org, which could be true but I think it’s more likely they are brainwashing us to believe the coffee they serve is tolerable.) 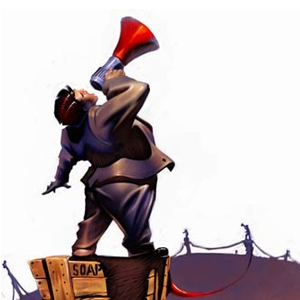 Unashamedly, I am hurt by this letter. I’m not going act like my childhood was all peaches and cream, and yeah, sure TCKs and MKs have their share of problems, especially on the identity level, but I will unabashedly get on my soap box and scream that raising children overseas is one of the best things you can do for them.

10 things I love about being a TCK

…(there are more but that could take a book):

This may sound like I am tooting my own horn, “Hey everyone, look at me and how awesome I am.” That’s not my intention. Trust me, I have my fair share of problems and quirks (ask my friends, I have some nasty habits that almost certainly come from being a TCK). Someone could respond with 10 reasons why they love growing up and living in the same place their whole life and I think that’s awesome. We are carefully and wonderfully made and with that comes different backgrounds, talents and purposes. The world would be boring (and complicated) if it was made up of TCKs alone. We need each other.

The Lord’s plan for each of us is different. Some are called to go, where others are called to stay. That’s beautiful. Despite the hard times and the complexities of being a TCK, I am thankful that my parents answered His call for their lives.

My prayer for this prospective mission worker family and their concerned aunt is she will see that they are being obedient in following Him across the world. I pray this women will support her niece in this and will eventually become a prayer partner.

Thank you Lord for blessing me with this life, I hope I can continue to run the race you’ve planned with a willing and open heart.

May God bless you.
Kelli Boesel

Kelli is the daughter of

For more Honest Answers articles, check out the page at:
https://www.onechallenge.org/go/honest-answers/