About two years ago, OC entered into a partnership with the Mongolian Evangelical Alliance (MEA) to see the whole nation reached for Christ. But long before OC became involved, the Lord has been doing a great work in Mongolia. He has moved in miraculous ways to expand the believers from four in 1990 to 60,000 today. OC and the Mongolian Evangelical Alliance feel privileged to be a part of His work.

In this video story, former general secretary of the MEA Batbold M shares how the Lord has moved in Mongolia, the encouragement of the current research project, and his hopes and prayers for the future of Mongolia.

My name is Batbold M, and I’ve been a believer for 20 years. I’m from Mongolia. I’ve been with OC since 2011 when I was general secretary for Mongolian Evangelical Alliance (MEA).

When did the church in Mongolia see significant growth?

In 1990, when our country made the decision to follow democracy, the door of opportunity and religious freedom opened, and the gospel has been available in our country. By the testimony of the first believers, we found at that time there were only four believers, for the whole country. Today, out of this group, we can see around 600 churches and another 60,000 believers in this moment. We consider ourselves the first Christians; we call it first modern Christians.

In the early 1990’s when the economic recession was so bad in our country, it was really the hand of God that was working through the churches to really help support the country in the rise of education, the medical area, and in the family and human development type of projects. Even the government would see Christians as a great support force. This gives us more opportunity to share the gospel, not only geographically but all the society levels as well. We are so glad to be called as Christians. The church of Mongolia is considered a fast growing church in the world.

What is the Mongolian Evangelical Alliance’s church planting goal and what part does OC play?

With the national goal 2010, which extends to the year 2020 reaching 10 percent of our population, they will become full disciples of Christ Jesus and establish or plant churches over 3,400 by that time … and sending around 300 mission workers overseas and building 10,000 social workers and also developing 20,000 pastors. 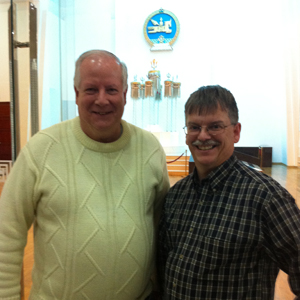 In this goal, we had seen and faced so many possibilities and opportunities to share the gospel to the whole country, but we had not done anything such as nationwide research or church research. We have a good reason for it. The church in Mongolia is rapidly growing, and churches are a moving target. We’ve found that OC has great experience in the past years in many countries doing similar type of work. Also you had very great research personnel available.

How have you been encouraged by this research project?

Out of this project, we want to call what is strategic information for our mutual organization and partners to really consider the next step and how to establish the national goal called 2010. 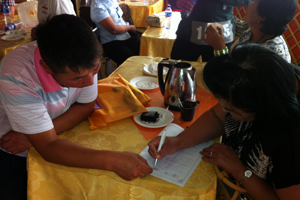 The research project itself gave us huge information that we have been encouraged. Especially it was encouraging for the local leaders to find and study their own area. It gave us, we call it the “ownership” to consider their place and to enlarge their vision and looking for more opportunity of their ministry growth. That gives us a big encouragement and really the vision is always a challenge. When people start to see and find the reality of the real picture, that there would be some challenges, but they also can see the great result of their achievement.

How has the Lord called Mongolians to fulfill the Great Commission?

Well, in the last 20 or so years, it has been interesting and fascinating to see how God in that short period had developed our work among the churches of Mongolia. In that short period, we have seen huge growth of the local leadership team and the core essence of the believers to be on fire, to have a zeal for his Kingdom. 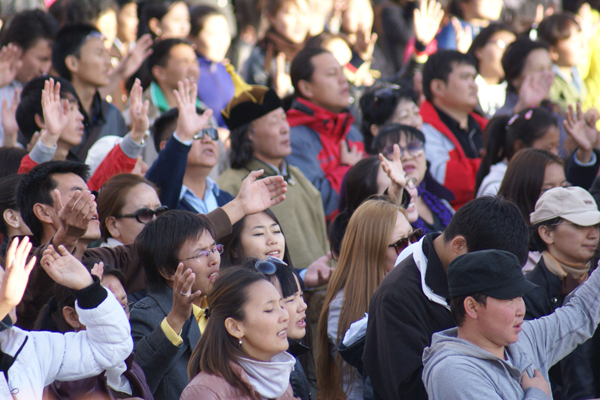 Also in 1996, God released the words to the church of Mongolia that they will be used by God going back to the ancient Mongolian Empire. This is what we are looking forward to the future. We also believe this is not only the call of Mongolians, but also a call for the whole body of Christ. For this opportunity, I want extend our invitation to join with us in the global mission. We’ll see a great partnership in fulfilling the great commission.

How can people pray for the MEA? 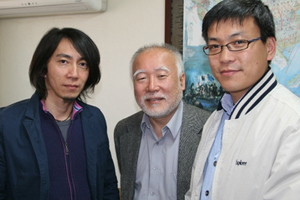 Mongolian Evangelical Alliance (MEA) considers itself as a unique type of organization … a bridge organization where all the mutual organizations knit together and find a platform for the partnership.

The MEA is one of the larger membership organizations. Out of the six hundred churches, nearly four hundred churches are members of MEA. We are coaching all these churches and encouraging and finding all these possibilities to see that the partnership will continue to flow in finding a new opportunity for His Kingdom to be broadly available in the country.

How can people pray for Mongolia?

We want to see that in reality, in our countries, not just geographically, but the whole household and every family, all the parts in the society would have the opportunity to have this relationship with Father God by knowing Him and knowing His Son as a Savior and as a Lord and be led by the Holy Spirit to finding His Heart and to become an obedient nation before Him and let His Kingdom be established in our country.