In Austria today one of the greatest challenges Christianity faces is a lack of unity amongst the Catholic and Protestant churches. OC-UK worker Don Prokop and Johannes, the Archdeacon of the Catholic Church in Vienna, believe the message of the gospel must come from a united Christian family. In Johannes’ experience, the groups that can collaborate with one another have been the most successful in evangelism. Watch the video story or read on…

“I think whenever the people who hear the gospel experience that Christians of different denominations are doing this mission work together, in unity and reconcile with each other, that impresses them. Because this a stamp of truth on their words… giving the message a certain quality when you can prove that this people know how to hold together what has been separated so long. How to reconcile where division and hate has separated. How to heal wounds of the past and bring hope for a common future,” says Johannes. 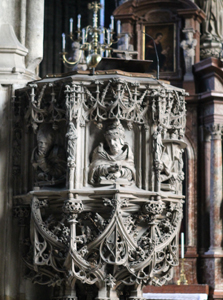 In order share the gospel in unity, reconciliation between the Catholic, Lutheran and free churches in Vienna needs to happen. Europe has a long history of conflict between these groups, with the religious wars of 1600 to the Reformation and Counter-Reformation. In the 1990s there was a desire for the churches to come together but the reality was far off. “It is one thing to dream about common evangelism and a common witness before society, it’s another thing to do it because in the moment you try to go out to the mission field together, all the old reserves you have against each other begin to pile up again,” Johannes says.

Mission of the Roundtable

Out of this desire the way of reconciliation and the Roundtable were born. “The way of reconciliation was to learn to deal with all this major difficulties in relating to each other with the main hindrances, to not overlook them but to face them, to expose them, to work with them, and to try to find a good forms of interpretation so that we can live with the fact that we are not in every detail on one side, but that we have much more, and more important, in common than what divides us,” Johannes says. 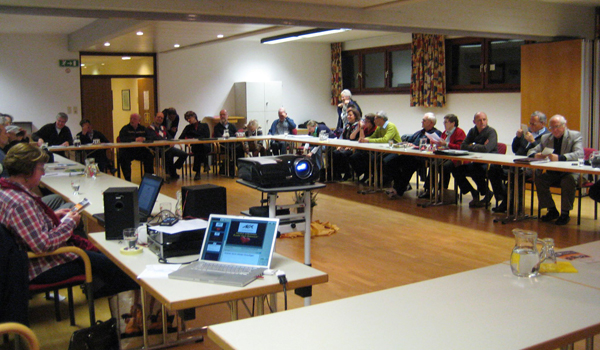 The Roundtable is a group of 50 Christian leaders across all denominations that meet twice a year for several days. They discuss theological issues, social issues in relation to gospel values, and it is also a time of prayer. OC worker Don Prokop has been a part of the Roundtable since its formation and he works heavily in the area of prayer. “I have a gift of intercession, so since the beginning I have found my ministry and my role there with the Roundtable in a prayer group that surrounds (the Roundtable) and prays for its leaders constantly,” Don says.

2017 marks the 500th anniversary of when Martin Luther published his 95 theses. Johannes feels like this Jubilee must be one focused on unity of the Christian church. “We are living now in a season where the Holy Spirit is speaking a very, very strong word that we will only gain back authority in the eyes of the witnesses of our times if we are able to handle Christianity as a one family project,” say Johannes. 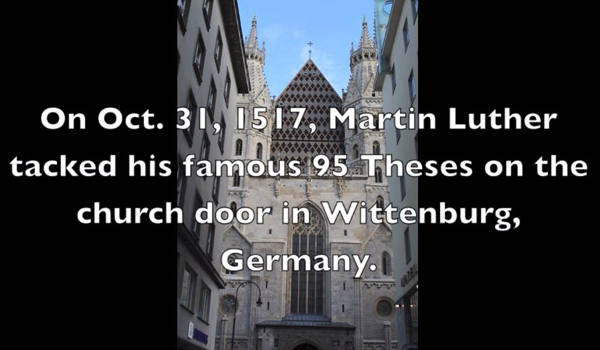 In order to present Christianity in unity, the grievances of the past must be placed aside. “We must present ourselves in preparation of 2017 as Christians from both parties, Catholic and Reformation side, as the one who have overcome the basic issues of religious war and have reconciled not only in a cheap peace, but in a substantial peace of really understanding that the faith in Christ we have in common is much more important than what has ever in the past divided us on secondary questions. If we can come up with this and express this to the world, I think the gospel will make its way into society.”

Would you like to give to support ministry to local church leaders in Austria in their efforts to spread the Gospel and build unity in Christ?