Austria has a rich history filled with power, the arts, and culture. Walking the streets of Vienna, one can still see large opera halls and grand palace. Sipping coffee outside at a local café, one can almost forget the day Hitler paraded through the streets welcomed by thousands of Austrians. World War II is a dark period for this nation; it is an era many wish to forget. OC’s team in Austria is working together with the Mercy House of Prayer and Christians for Israel to encourage reconciliation through prayer.

View the video story here… or scroll down for highlights.

“I grew up in Schwertberg that is a neighbor village of Mauthausen [concentration camp],” says a member of the Mercy House of Prayer in Vienna. “My father took me and my brother when we were still very young to visit the camp of Mauthausen. And it was terrible for me to see that… So as the years passed and I went to school and got to the stage where we had history, we never learned about this part of history. So there was complete silence about this in history in the school. Nobody spoke about it.” Mauthausen is not an exception to the rule. Around Austria, concentration camps were torn down, towns built over the site, and townspeople unaware of what lies beneath the streets. 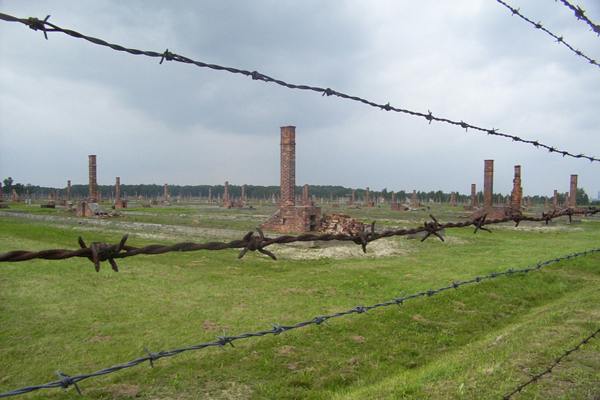 Christians for Israel branch in Austria

“Since the 1990s people have been more willing to remember. And of course, in history classes today in the schools, you do learn about the Second World War,” explains Marie-Louise Weissenböck, the chairwoman for Christians for Israel in Austria. “The mission of Christians for Israel is to raise biblical understanding in the church and among the nations concerning God’s purposes for Israel, and also to promote comfort through prayer and action.” Weissenböck, a concert pianist, grew up in South Africa and had Jewish piano teachers. When she met Wilhelm Glashower, the former president of Christians for Israel, they decided to open a branch of the movement in Vienna. 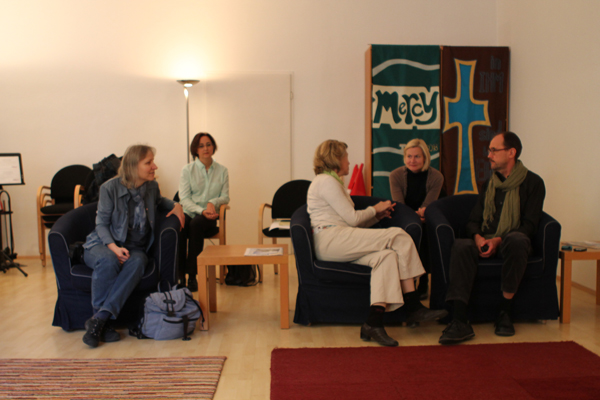 “At a very young age, I was very much connected to Jewish people, because all my piano teachers were always Jewish. I had lots of Jewish friends,” says Weissenböck. “God put a love for the Jewish people in my heart at a very young age. So in Austria, I have this growing wish that I would like to help further dialogue between Jews and non-Jews, understanding, also to stand up against the modern Anti-Semitism.”

“There’s no connection between the past and the present… Every year at Mauthausen [concentration camp], there’s a big remembrance and wreaths [are] laid down and prayers spoken. So, this is once a year and then the next day, business goes on as usual. Anti-Semitism is as usual. The media are against Israel… So I think we really need to make the connection between what happened in the past, turn around from that and stand up for the Jews and for Israel today. It’s not enough to remember the past. We must today be aware of modern Anti-Semitism for the future also. We must tell our children what has happened. We must bring our children to Israel.” 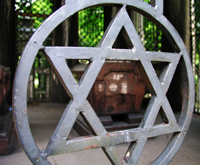 “There must be dialogue between Jews and non-Jews and understanding between the two religions because there is much more that we have that is the same then that what we have that is different; which divides us. So, I think from understanding and having worked through your past fully, there will also be a more pro-Jewish, pro-Israel atmosphere in the country. But if you haven’t worked through your past, it blocks you from standing with the Jews today, which is basically what we have to break through.”

A Word on Reconciliation from the Archdeacon of Vienna

The Archdeacon of Vienna has been an advocate for reconciliation between Christians and Jews. “I think we have always been called to be a church made out of Jew and Gentile with a Jewish part and a part of believers from the nations and the two parts being one,” says Johannes, the Archdeacon. “And the witness of the Jewish treasure affects the treasures of the nations and the treasures of the nations affect[s] the Jewish nation. This has been the overall plan of salvation from God’s perspective.” Johannes has worked diligently to see more unity between these two religions. “And I believe that healing in the Body, healing of the divisions…[can] only come about when this church out of Jew and Gentile is re-instituted; and we can see the fully restoration of the one Body of the Messiah with a Jewish part and a Gentile part as the one new man according to Ephesians 2.”

Johannes has been part of the planning for the Jubilee of 2017, which marks the 500th anniversary of Martin Luther posting his 95 theses. Johannes hopes this will also mark a great time of reconciliation. “As much as we are able to prepare for this walk into reconciliation, as much 2017 will become a year of Jubilee, because when we are able to speak about the truth, to see the truth, to name the effects of sin, to ask forgiveness, and to grant forgiveness, in this atmosphere we will not only heal wounds of the past but we will also gain authority of being peacemakers which is the most needed in our days,” he explains. “The world seeks for men and women who are able to restore and to rebuild what has been ruined over centuries.”

Pray for this time of Reconciliation

Weissenböck agrees, this is the time for reconciliation. “We should always remember what happened, because if we forget it could happen again,” she says. “So, we have to lift this veil of silence. We are very grateful for what has happened in different regions, but we really need a big breakthrough through this cloud of silence. And also be able to receive a spiritual blessing. I think God is waiting for this. It’s the time.”
The Spirit is moving throughout Austria to heal the wounds from the Second World War. Many confirm this movement in the nation and wait in anticipation of what is to come. Please pray for Johannes, Marie-Louise, and OC worker Don Prokop as they work together to facilitate this reconciliation.

Would you like to give to support more outreach to communities in Austria?