In the month of June, our prayer focus is on the ministry of Sepal Brazil, a mobilization center in the OC Global Alliance. In 2013 OC celebrated 50 years of ministry in Brazil. By God’s grace, what began as a small team of expatriate missionaries has developed into a nationwide ministry (called Sepal) with over 110 missionaries serving on ministry teams in nine Brazilian cities and on OC Global Alliance Teams in 11 countries around the world. In four of these countries, Brazil serves as the lead partner. 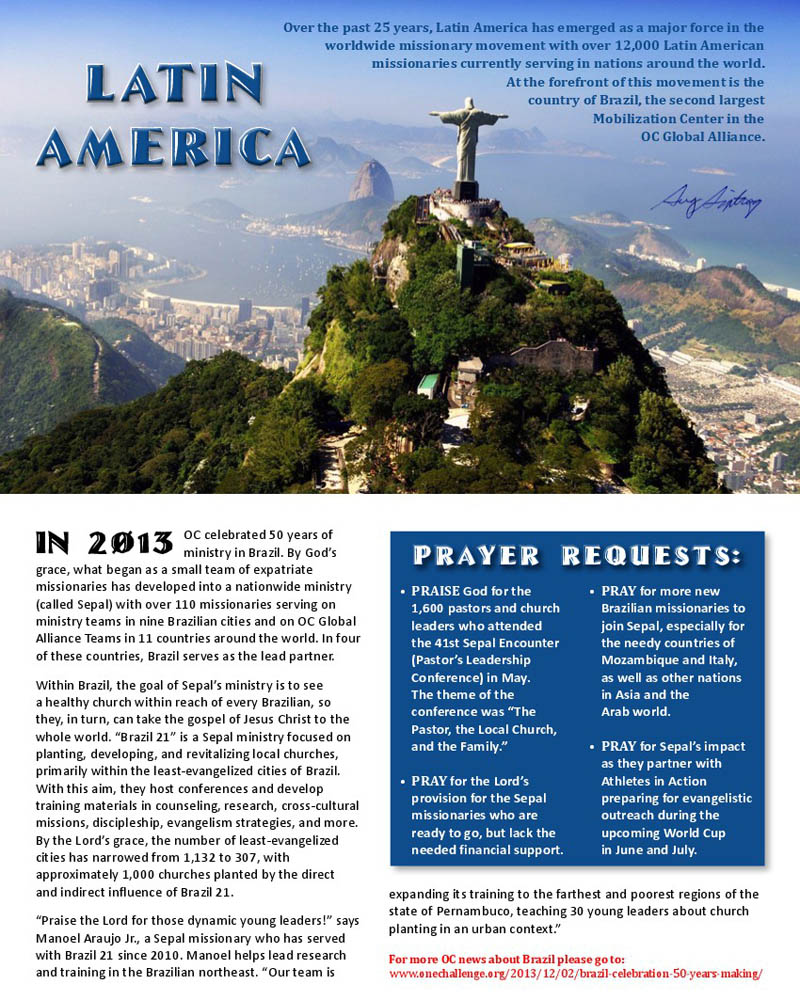 To see the June OC prayer letter, click the image or the text link here.

Would you like to give to support the mission projects in Sepal Brazil or in Latin America?