Don Prokop, with OC Austria, has served in Austria for over 25 years. He came to the country during the 1980’s in order to have impact ministries in the surrounding Communist Bloc countries. However, when the Iron Curtain fell, Don and his family stayed in Austria to continue serving the Austrian people. Don has built his ministry around intercessory prayer. View the video story here or read on for more details of this ministry.

Don was part of the founding of MHOP (Mercy House of Prayer) in Vienna. He tells of how the prayer house started: “MHOP actually began with a group of American mission workers here. I was part of that group. We were all at different junctures in our walks in our ministries here. And we had noticed that God was sweeping the globe with a movement of prayer …we were at a point, all of us, of just waiting on the Lord. And he drew us together as friends and began to speak to us from the book of Isaiah, ‘My house will be a house of prayer for all nations’.” 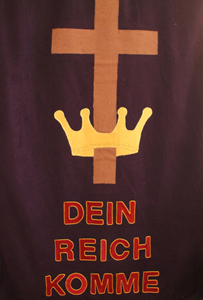 During that time, God brought confirmations to this group of his desire for MHOP to open. One of the founding members, Vicky Harris, heard a prophetic word for this prayer house while she was praying at IHOP (International House of Prayer) in Kansas City. Since it’s founding, MHOP has grown to over thirty regular members meeting to pray. Although they are from different backgrounds and different denominations, they unite in prayer before the throne of God.

Vicky Harris administered MHOP until two years ago when Gabi Schubert took over. During her time working at the prayer house, Gabi has seen God work in the hearts of the MHOP members. “Intercession is more sort of the by-the-way factor,” says Gabi. “We see [God] do it. We learn to trust him, we learn to listen, and we learn to pray what’s on his heart. And then [we] simply beg him to do that. So it’s an easy thing but it’s really a blessing to be very much in touch with him quite intensely.” 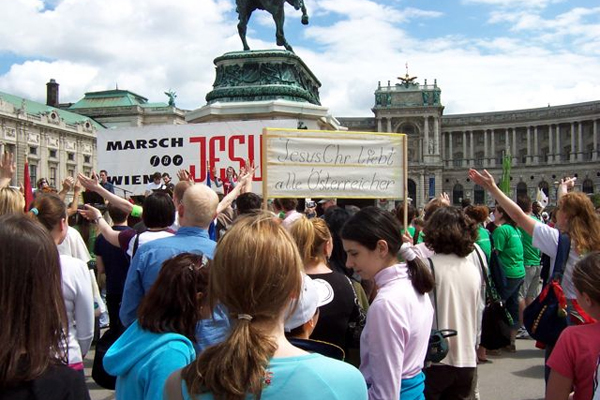 Prayer happens daily at MHOP. Every Tuesday morning, prayer house members pray for prostitutes and victims of human trafficking. One Wednesday a month, those praying join with the Christian Embassy in Israel to pray Isaiah 62 over the nation of Israel.

Join Us in Prayer
To find more information on how to join MHOP in praying, go to www.mhop.at.

Would you like to give to support the prayer outreach to communities across Austria?