As many in full-time mission service will tell you, it’s rare to spend your time in one place. Occasionally in OC, after years of service in many countries, God leads field workers to the U.S. Mobilization Center to serve in a different role. In April, the U.S. Mobilization Center welcomed Dick and Terri Grady. Dick now serves our U.S.-sent personnel as the Vice President of Global Ministries, replacing Dean Carlson, as Dean will become OC President in 2015.

Dick and Terri’s journey with OC began while Dick studied at Dallas Theological Seminary in the 80s. Dick met several people in Dallas who were headed into missions with OC, including Dave H (current OC Asia Area Director). “I read The Last Age of Missions that Larry Keyes (former OC president) had written. This book described the growing number of mission workers coming from the global south. OC was committed to partnering with these non-western mission agencies. I decided that if we were going to be involved with missions, in regard to what God is doing around the world, (OC) seemed to me to be the most strategic place to be.” 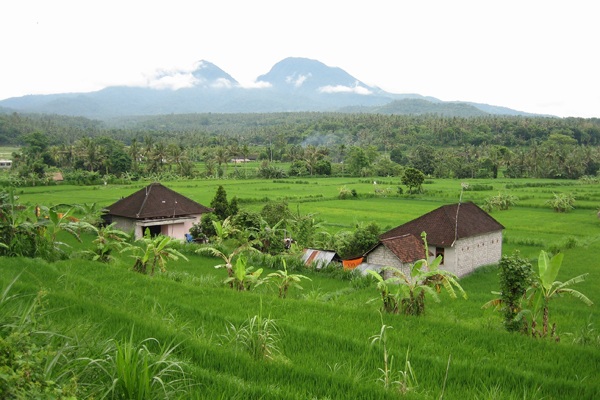 Dick and Terri began their time as mission workers in the Philippines on a short-term basis. Terri credits a typhoon for their calling to their first long-term field, Indonesia. While staying with Jim and Leta VanMeter during the typhoon, “they handed us a bound book that was their old prayer letters from their time in Indonesia and said ‘Here, you can find out what real mission life is like,’” says Terri. “Dick started reading it first, and he came across a letter that was written about one of the unreached peoples of Indonesia. God just did something. He sparked an interest there and we started asking questions.”

Dick and Terri spent almost 18 years in Indonesia working among the Muslim peoples there. After their two children had left home, Dick and Terri took a sabbatical year to study Arabic in Syria. “It really was good for Dick to get a foundation in the Arabic language and to interact with people. We went back to Indonesia fully intending to stay there as long as the Lord wanted us there,” says Terri.

The Lord did have other plans. OC opened the North Africa/Middle East (NAME) area with Ray Tallman leading as the initial area director. Ray wanted Dick to take over. This led Dick and Terri to move to England in 2005 for Dick to serve as NAME Area Director.

Journey to VP of Global Ministries

Comfortable in their lives in England, Dick and Terri were in for another surprise. In spring of 2013, OC announced Dean Carlson as the next president of OC. Area directors and other OC personnel were asked to send in a list of replacements for Dean as VP for the Executive Leadership Team to consider. “I sent out a list of names. Dean wrote back and asked if I would be willing to have my name on the list,” says Dick. “I wrote him back and told him, something not very gracious, but I declined.”

The Lord began a work in Dick’s heart. “Last May, in Taiwan, I really felt rebuked by the Lord, that I was a little cavalier, and maybe not quite gracious, so I apologized to Dean for my attitude. At that time, I think I said, ‘I could come up with a list of about ten people that I think would be better to replace you, but I would at least be willing to pray about it.’ Two weeks later, he called and asked me if I would be willing to do it.” 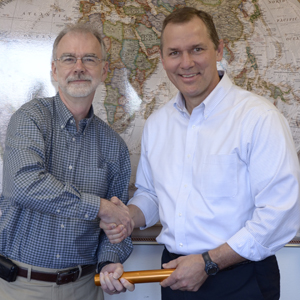 During this process, the Lord laid a passage from Luke on Dick’s heart: “Then He said to them all, if anyone would come after me, he must deny himself and take up his cross daily and follow me. For whoever wants to save his life, will lose it but whoever loses his life for me will save it. What good is it for a man to gain the whole world and forfeit his very self.” After prayerful consideration, Dick accepted the position.

While serving as VP, Dick hopes to champion and work to fulfill Dean’s vision for OC in the years ahead. He also wants to mentor young leaders in OC, so one will be prepared to replace him as VP in five years.

In addition to these tasks, Dick hopes to encourage different types of ministry in OC. “I think an awful lot of what is going on is not being celebrated but is really at the heart of who we are as OC,” says Dick. “Part of what I’m hoping to do is create systems and structures that allow people who really do have the OC heart and ethos to experience the celebration of the organization around what God is doing through them.”

The future is bright. OC looks forward to this new leadership under Dick, and the U.S. Mobilization Center is excited to welcome Dick and Terri into the fold. 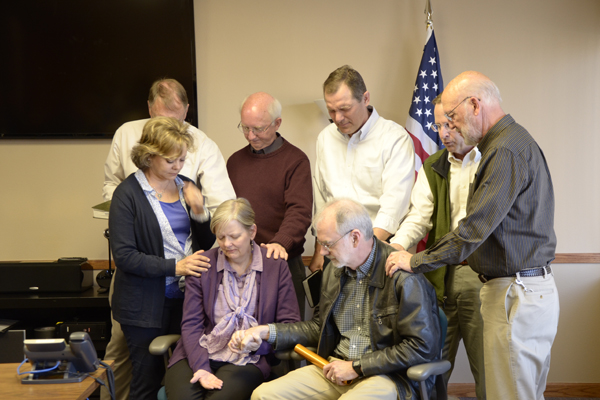 Join Us in Prayer

Pray for Dick and Terri as they transition into life in Colorado and the U.S. Mobilization Center.

Would you like to give to support the core leadership, communications, mission worker training, and much more at the U.S. Mobilization Center?