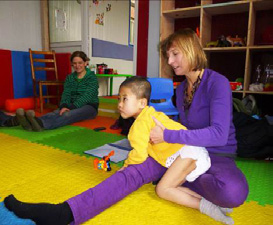 If you were to talk to the volunteers at our local orphanage in this southeastern Asian city, they’d probably attest that the scale simply doesn’t feel grand. Stepping back for a broader glimpse reveals a much bigger picture. Over many years, step-by-step, obedience-by-obedience, His Body has responded to a call and God is weaving an ever-growing tapestry all around the smallest of the small.

…with local volunteers
Our organization’s work here began in 1993, and in those first years, foreigners were not allowed to volunteer at the orphanage or even to visit certain parts of it. But God inspired a lovely sister from the local indigenous church to make regular visits, interacting with the children and caregivers, and building trust. Her faithfulness laid a foundation that eventually led to foreigners also being allowed entrance as volunteer workers. Over time, a passionate volunteer effort grew—but entrance remained sporadic at best, with the team being intermittently turned away for weeks or even months at a time.

…then the SOAR program
In the same year that our organization arrived in-country, God moved an Australian high school student named Tab. She was reading about the disproportionate number of girls in orphanages and felt called to be an agent of change. 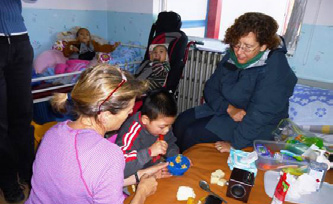 Pursuing her passion brought her from Australia to join the team here in 2005. Tab found, over the years, that the orphanage population had shifted from an abundance of girls to those of both sexes with special physical and educational needs. She and several teammates soon organized the SOAR (Special needs, Orphaned, and Abandoned Resources) program. Remarkably, in the summer of 2012, the orphanage formalized foreign presence by initiating a written cooperation with foreign, volunteer workers!

…expanding to English teachers
Next God called like-minded foreign English teachers from a local university—and eventually a number of their students—to become a part of this fabric in recent years. Their on-campus Bring Me Hope Club now challenges students to get involved in the problems of their own society and also to consider the claims of Christ. Many have become believers. 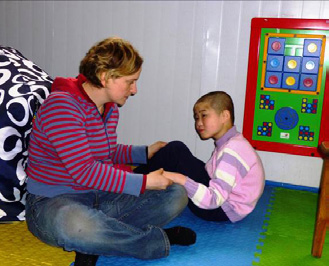 The most recent thread in His tapestry involves Tab’s efforts with a group of 20 kids from three to twelve years old. While the orphanage’s infants touch the hearts and draw attention, these older children are largely forgotten. About half have lived in the orphanage their whole lives, and the other half were fostered out when they were three years old, only to be returned as they grew bigger and their physical or behavioral challenges became too difficult.

…well-rounded care with physical, occupational, and speech therapists
Through cooperation of orphanage officials, a key insider, lots of supporters, and an Aussie team consisting of a physical therapist, occupational therapist, and a speech therapist who came for two weeks, these 20 children’s lives are changing dramatically. They no longer have only two caregivers for the entire group or have to sleep 10 to a bed in two rooms. Rather, each child now has his or her own bed, with one caregiver in a room with three children. 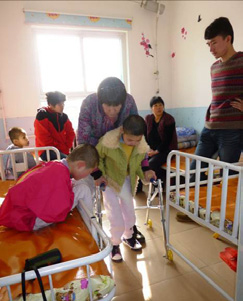 The visiting team assessed each child and developed a daily activity program and care plan. Indeed, the specialists had not even left before individual programs were already being adjusted for improvement! Four special rooms have been provided and outfitted for activities, education, therapy, and interaction needs.

…grounded in prayer
If you are personally interested in participating in the long-term continuation of this program, please ask for an updated list of needs. As always, we covet your prayers:

Praise God for the great tapestry He is weaving for His good pleasure. We feel privileged to part of it. May the Spirit continue to grow it into more than we can think, do, or imagine!

“One of the defining characteristics of God’s work in the world is the preposterous way He insists on using those we think of as foolish and weak. It seems to be one of His eccentricities—this determination to show the worth of things thought small.”
The Power of Small, by Jennifer Kennedy Dean

Would you like to give to support the community outreach and projects such as this orphanage in southeast Asia?