In this video story, Hélder (serving with OC/Sepal in Spain) shares his passion for ministry and the need for Christ in Spain and Europe today. He and his wife Ana Paula run a ministry called 180⁰ Global, which holds a country-wide festival each summer for young people (Festival 180⁰). They also partner with local churches to put on events and provide training materials on the next generation and the church.

As Brazilian mission workers Hélder and Ana Paula serve in Granada, Spain but have strategic impact across Spain. They are sent from the OC Global Alliance branch in the U.K., OC-UK. After studying and serving as youth pastors in England, Hélder and Ana felt a calling to Spain, to impact this nation with a less than 1% evangelical population, particularly focusing on the emerging generation.

I’m Helder Favarin and I serve in Spain with Ana, my wife, and our little boy Matteo. We’ve been to Spain for just over three years now. We serve with Sepal, part of the OC family, and we lead youth evangelistic ministry called 180 Degrees Global.

We work in partnership with local churches to communicate the good news of Jesus in of course biblical but also contemporary way to Spain. Our main project is called Festival 180 Degrees, which is a national youth gathering for young people and young adults in Spain. We do it every summer and we gather people from across Spain for three days of worship, teaching, workshops, beach, swimming pool, sports, arts, social justice, or a mixture of things.

The first festival we ran which took place last year was really something very special to us. It was a dream we had in our hearts to serve the churches in Spain through this national festival. Just to see it happening and what God did during those three days really impacted us very much. And specifically seeing young people who maybe would never go to a local church in Spain but who came to the festival and who heard the good news of Jesus and really touched and God really produced a turn in their lives.

Why serve in Spain?
Ana and I left Brazil over six years ago. We went to the UK… I was going to do my Master’s and also we served as youth pastors in a local British church. While we were serving, we came to see, much closer of course, the reality of not only the UK but continental Europe as well. And first to see a huge need of people who would be serving young, mainly young people here. Of course we come from Brazil where there’s several needs, but the church is growing rapidly, and many people are going off to Bible college for example. As we arrived in the UK, we could already see a huge difference.

In Europe today, there are possibly 17 countries with less than 1% of Protestants or Evangelicals and Spain is one of them. So while we were in the UK we were praying and asking God, “Where would you like us to be after this time of study and serving the church here?” And so we were praying and researching. We had opportunities to travel (because of our ministry) and see all the realities. And surely, southern Europe is culturally closer to us. We thought that we could serve the church better, serve the kingdom better in such a context. 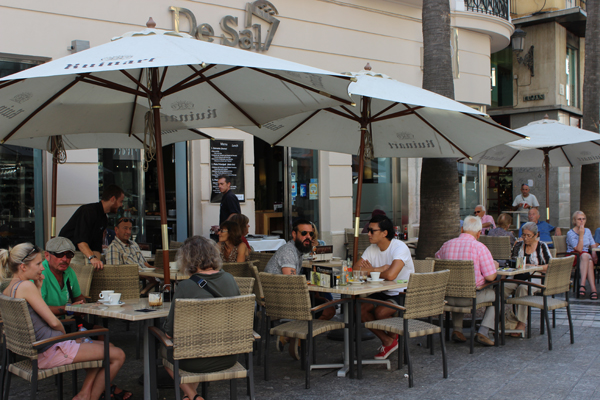 What is the state of the Church in Spain?
Spain is one of the countries with less than 1% of Protestants or Evangelicals. Really, we are seen as a sect by most people and by young people. I remember being in front of our local church once. And two young people just walked by the church and it says something like “Evangelical Church” on the sign. And one looked at the other and said, “Do you know what that is?” And the other one just said, “I don’t know. But I think it is just a sect. I would never go in.” So that’s just the perspective that many, not only young people, but many people have in Spain of the Protestant and of the Evangelical churches. And we have over 80% of villages and towns without any Protestant or Evangelical churches as well. And something like 50% of the young people in Spain are either Agnostics, Atheists, or totally indifferent to religion. And Europe, finally, as most of us would know, is the continent where the church is growing the least. It grows maybe 30, 40, 50 times faster in other continents like Africa, Latin America, or Asia compared to Europe. 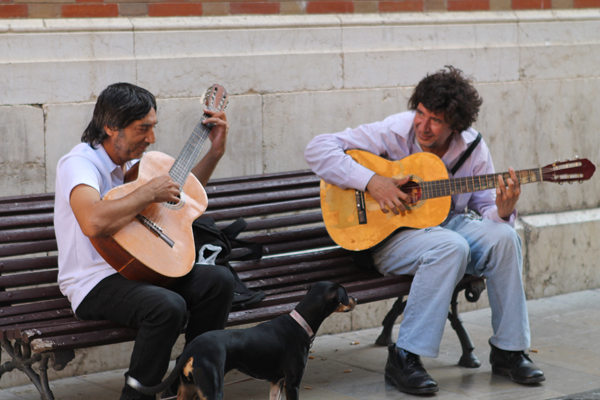 How can we pray?
First, I think we always would love God to give us further wisdom and insight and guidance in what and how we should do. As you know, I was talking about the next generation and the emerging generations. We want to make sure we can do whatever we do with excellence and at the same time creativity and really be relevant in our communication of the Gospel. We need God’s wisdom for that and his guidance and sensitivity to hear the Spirit but hear the world at the same time.

Second, I think it would be fantastic if we could pray for unity, particularly amongst those of us serving the churches in this area of reaching the next generations. It’s been so encouraging to see God raising all these people who are doing great stuff in Spain and southern Europe. And it is always really special when we can just be together. The church is already small, we need to work together.

Finally, pray for the people of Spain. Spain is facing a huge financial crisis as we all know. 25% of the population is unemployed. 55% of the young people are unemployed. 23% of those young people are neither studying nor working at the moment. So it’s a challenging time for the people of Spain in many ways. At the same time, we want to see it as an opportunity to maybe seeing them more open to the gospel than in previous generations.

Where to get more information
Just encourage you to check some of our websites. We would love for you to see what we are doing and just pray with us. If you want to come and join us for one of the festivals, we would be really, really excited to have you. Our ministry’s website is 180global.org. But you can also visit the festival’s website which is Festival180.com. And you will find links for Facebook and Twitter. It would be great to have you joining us there as well and praying with us, that would be really, really appreciated.

Would you like to give to support this outreach to young people in Spain?