Nestled in South Africa is a huge, unexpected mission field – 700,000 Chinese immigrants who live on the margins of South African community.

Often these Chinese immigrants live in Southern Africa illegally and speak little English. They are often marginalized and harassed by the police. Despite South Africa being a more open nation than China, these people still remain a relatively unreached people group.

Many local African pastors saw the need to reach these peoples yet, as of a few years ago, had not been able to effectively share the gospel within the Chinese community. In 2011, the Southern Africa Chinese Outreach Network (SACON) formed. The OC Africa team partnered with Overseas Mission Fellowship, Operation Mobilization, as well as several South African Chinese-speaking churches, mission workers, and local churches to form this new mission initiative.

Now, since its formation two and a half years ago, SACON has involved many nations in partnering together to reach this people group. “We have people from South Africa, Lesotho, Botswana, Zimbabwe, China, South Korea, Mongolia, and the USA who are participating in the Southern Africa Chinese Outreach Network,” says Karl Teichert, the OC South Africa field leader.

Jenny Teichert says the beauty in SACON is not just that these nations are meeting together, but it’s that “our hearts are unified toward one agenda – reaching the Chinese in Southern Africa with the love and message of Jesus Christ.”

Karl says the OC Africa’s vision of disciplining the people of Southern Africa through multiplying healthy leaders and churches fit perfectly with the vision of SACON. “SACON aligns with our vision and strategy by helping African churches evangelize and disciple Chinese immigrants in partnership with local Chinese churches. It is also our vision to assist in multiplying more Chinese speaking churches and equip believers who are returning to China,” says Karl. 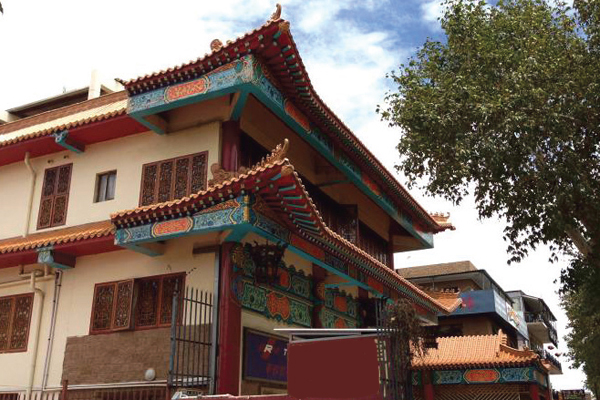 Both Karl and Jenny are excited to see how God will use SACON to reach the Chinese people in Africa. One of the SACON partners says, “I think we are going to witness God doing exciting things amongst the Chinese people this year! We need to be expectant, ready, and open to work alongside Him.”

SACON is working hard to expand its reach. Several upcoming events need prayer. Please pray for the Chinese Ministry Trainer Workshop in May, to equip the team to present Chinese training to local South African churches. Also pray for their Chinese Evangelistic Rally at the end of May.

Church Planting/Church Growth
One Challenge is an international mission sending agency empowering local church ministry in more than 100 countries around the world. We invest in people and opportunities that enable churches to be planted, thrive, grow, and multiply. When invited by local leaders, OC conducts training for church planters and those interested in learning about disciple making movements.