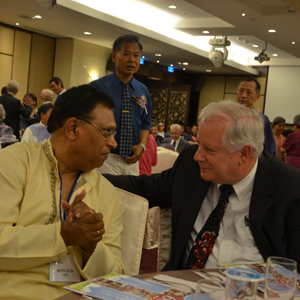 There is no denying that 2014 is a year of transition for OC. Although change is often feared, it is not always bad. In the case of Eric Smith’s newly focused role in the OC Global Alliance (GA), change is a hope to see more collaboration among the 11 OC mobilization centers that make up the GA. Eric Smith will spend his time in 2014 and beyond splitting his time between his US Mobilization Center (US-MC) and Global Alliance responsibilities — Eric is OC’s training architect and GA’s collaboration consultant.

Why was Eric chosen for this role?

Eric is no stranger to getting groups to work together. Before joining OC, Eric was a pastor of missions in a large church in Southern California, and he knew OC workers such as Bill Keyes, who would come to their church missions conference, as well as a retired couple who served with OC in Taiwan. Eric and his wife Debbie joined OC in the U.S. in 1984, moving to the Philippines in October of ’84. Eric spent 23 years working to expand missions movements in the Philippines: 13 years in Mindanao and 10 in Manila as field director. In 2007, Eric handed off leadership of Philippine Challenge (PC) to Rich Henderson, the current field director of PC, and Eric returned to the US-MC to serve in the area of global collaboration and partnership.

How did he get started?

One of Eric’s first responsibilities at the US-MC was to help facilitate discussions on how the vision for the OC Global Alliance should be structured. Eric saw the project to fruition and served in the administrative role and as a conscience of the Guidance Team for the last 3 years. Now, as the general GA structure is established, Eric has passed the administrative role to Ron Pritz. Eric’s new role in the GA will be to help facilitate multifaceted partnerships between the different mobilization centers, while still maintaining his training architect role at the US-MC. Eric took a moment to answer a few questions about his new role and the hope for future collaboration in the GA.

OC: How did the GA decide it wanted someone in this collaboration role?

Eric: I think at first we were a little reticent to get involved in this, because the US-MC is still the major partner, even though we are a minority in the OC GA. We have a lot of resources, and we were afraid that we might be overwhelming everybody else. At the last GA team meeting in Taiwan in May 2013, the Alliance Team was saying we have enough structure in place that we don’t need to focus on that anymore. Instead we really need to find ways that we can work together and partner. This message came through very strongly in Taiwan, so I was asked to write a paper on how collaboration could work practically in the GA. Later I presented the paper to the Guidance Team, and they asked me if I would take charge of making it happen. I have agreed to do that.

OC: So are you looking at ways the MCs can partner together for greater impact?

Eric: Correct. Anytime you have two or more mobilization centers working together to accomplish something, for right now, we are considering that collaboration. My role now as consultant is to fan the flames of that, to encourage it, and to help mobilization centers identify resources that they might bring to the table and match them up with opportunities.

I’m not alone in this. I will be forming a Collaboration Resource Team (CRT). I’m looking for the right people who are, not just collaborators (which everyone in OC has the freedom to do), but this team is going to try to keep track of what is going on and bring it to consciousness of the whole Global Alliance  the collaboration is what the Holy Spirit is doing through our people on the ground. 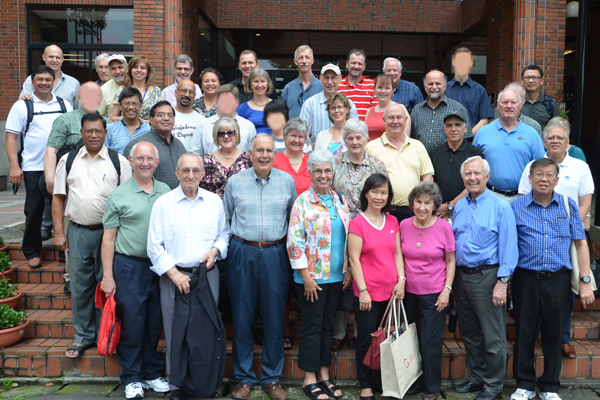 OC: In what ways are you trying to facilitate collaboration?

Eric: I love the question – what can we do together? So I will continually ask that of our mobilization centers, as well as leaders outside of OC. One of the first things I’m going to do is communicate with all of our mobilization centers and ask the question, “Who is collaborating? What are your goals? What are the opportunities that you see that maybe other mobilization centers can help with?” We have a collaboration project going on between Singapore, Philippines, and the U.S. and in Myanmar… and in Cambodia… and we are starting the discussions in Vietnam. The US-MC has an ongoing project in Mongolia. We would love to have Global Alliance help, particularly as we work with leaders to help each country’s church leaders think strategically about what it’s going to take to plant churches and disciple people. Other mobilization centers may have resources that should be involved with that Mongolia project. That will be ongoing. 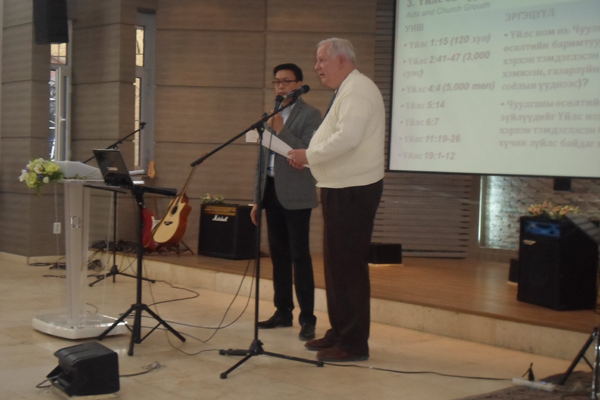 OC: How can people be praying for the GA in the upcoming months, years?

Eric: They can pray for the Global Alliance in the mutual discovery of ways we can collaborate together. I think part of the reason this is not at the conscious level of the whole Global Alliance is, not because there is no collaboration going on, but because people don’t think they have anything to offer. They don’t know how to take advantage of it. So one of my roles, and the role of the CRT, will be to help people to understand how to make that work.

We just need to communicate well, and you know how difficult communication can be when you are talking multiple nations, multiple cultures, and multiple situations.

The Global Alliance wants to be strategic but consistent with our mission and vision. Please pray that we will have God’s discernment to think through the projects that we engage in, in light of what we do as an organization and a group.

For more detailed information, see: What is the OC Global Alliance?

Would you like to give to support the core leadership, communications, mission worker training, member care, and much more at the OC Global Mobilization Centers?