“Children are the future” may be a cliché, but children are an investment that will always pay off in the end. Bucharest Christian Academy (BCA) provides quality education for children of mission workers and Christian expatriates in Bucharest, Romania. OC mission workers Eric and Heather Kooiman have served at BCA for seven years, teaching in secondary, coaching, directing dramas and serving as class sponsors.

You can view the video story or read it…

“The reason we serve here at Bucharest Christian Academy is for the parents,” says Eric. “Yes, the kids are who we’re serving, but we’re here for the parents. They need to be able to do the work that God has called them here to Bucharest to do, whether it’s church planting, working with orphans, or helping the Romanian church mobilize to do missions themselves. Whatever that calling is for them, the parents need to know their kids are being cared for, and we are here to care for those kids.” 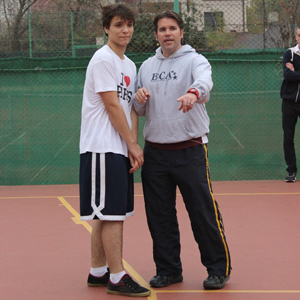 Eric and Heather also see the value in investing in the students. “It’s a good thing to invest in the lives of MKs, because they’re the future leaders. Their parents have shown them the way to be mission workers. They are the next wave of mission workers. They’re the next wave of church leaders. They’re going to be going back to the States with the view of the world,” says Eric.

The majority of students who attend BCA are what is called third-culture kids, meaning “a person who has spent a significant part of his or her developmental years outside the parents’ culture.” Teaching third-culture kids can come with its own set of challenges, but it also is a positive experience.

“I love working with MKs or third culture kids, TCKs, as many people call them, and one of the reasons I love to work with TCKs is their resiliency. They never give up,” says Heather. “They may have had a life where they’ve moved four or five times, but I never hear them complain. It’s the strangest thing, because I work with teenagers. In other worlds, teenagers often complain, but TCKs have learned that in order to survive life and love life and to love God, it’s easier just to bounce back and to keep going on whatever challenge has presented themselves. I love that because I can learn from that.” 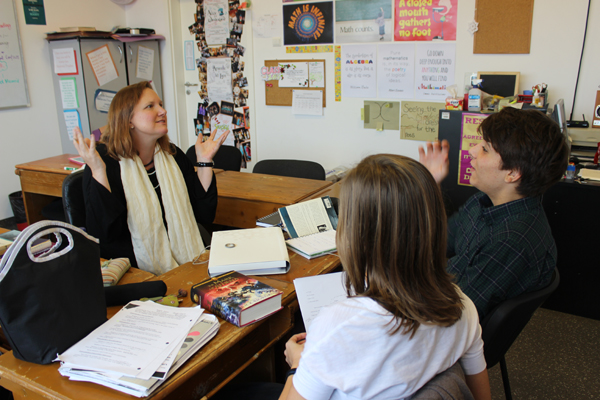 Running a school by faith

Bucharest Christian Academy, like many schools that serve children of mission workers, is run on donations given to the school. The faculty and some staff are not given traditional salaries, but are supported as mission workers by churches and people from their home countries. This can make getting teachers to BCA a challenge.

School Director Tony Barbusca says, “BCA is always looking for teachers. Next year, it seems that the elementary is the area where we’ll need the most teachers. We also are looking for people in places such as math and science, librarian, counselor… It seems like a big list, but in a school like ours it’s always more hands on-deck is kind of our motto. 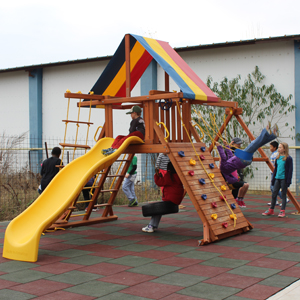 The more people we have, the easier it is, so we don’t overload our teachers.”
Alongside the need for teachers, a large financial need is completing the building and campus, which the school moved to last year.

To learn more about BCA and its upcoming projects or to look into teaching at BCA go to www.bcaromania.org