Like many countries in the world, Spain celebrates the birth of Jesus and his crucifixion. However, sometimes the connection between Christ’s sacrifice and the need for personal sacrifice gets lost. The gospel message is not just to be shared on Holy Week, it is to be shared year-round, and Christmas time is yet another opportunity to shed light on His sacrifice for us. “It is so important to remember what Christmas is all about – beyond the gifts, beyond the lights and sparkles, it all comes around to the beginning of the Life that brings salvation,” says Laura Eller, a worker in Southern Spain.

One way the Eller family and their church community share the gospel message at Christmas is through a large scale puppet show (more like The Muppets) called “Manchita.” 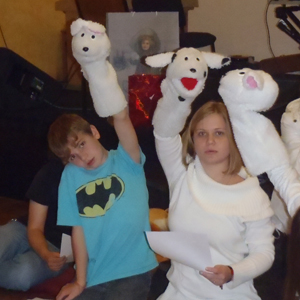 Manchita tells the story of a spotted lamb who thinks she is unloved because she is not a pure, white lamb. When she overhears shepherds talking of the sacrifice of a perfect lamb, spoken of by the prophets, she realizes it is better to not be perfect, thus her life would be spared. After the angels sing declaring the birth of a savior, the lambs go to see this baby, the perfect “lamb” to be sacrificed. “The gospel message is very clear, that Jesus came as the perfect lamb, to be the sacrifice for our sins,” Laura says.

Manchita is a large scale production with 25 puppeteers and two “live” actors, who play Mary and Joseph. It’s 30-minutes long and covers the stage, complete with a “glowing” backdrop of the Bethlehem sky and a blue-lit angel choir. 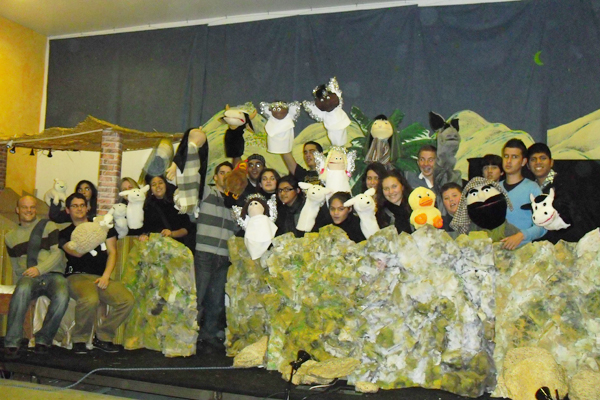 The Ellers have been involved in the production since 2008, but it has been around in Spain for 10 years. A Brazilian mission worker, Denice, presented the project to Laura and the first year the Eller family joined Denice and some youth from her church. In years since, the Ellers encourage youth from their church to participate, and about 20 or 25 got involved. 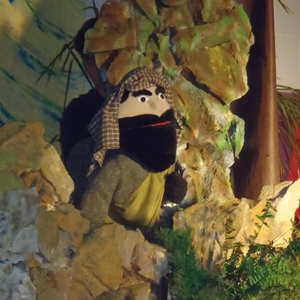 Since 2008, Manchita has been performed in many locations, from the civic center in the Eller’s town of 25,000 (where the performance was filmed and re-aired on television), to a public school (where they had to leave after two performances because the school didn’t clear the content with parents), to the cancer ward at a local children’s hospital. “The children came with their caretakers/nurses, etc.,” says Laura. “It was particularly touching for the youth from church to see kids who so desperately needed the message of hope that comes at Christmas.”

Another outreach aspect to the production is that a lot of the roles don’t require a lot of experience so it opens doors for beginners to join. “One year, we had a group of my kids’ classmates who wanted to be part of the angel choir. They were non-Christian, non-churched kids – and they were part of sharing the gospel with others,” says Laura.

Although Manchita is performed at Christmas time, it’s a good year-round remembrance of Christ’s sacrifice for us. Laura prays that the seeds planted in previous Manchita performances would be watered, and those people would get channeled to local churches or local believers who can continue to teach them the message of salvation. 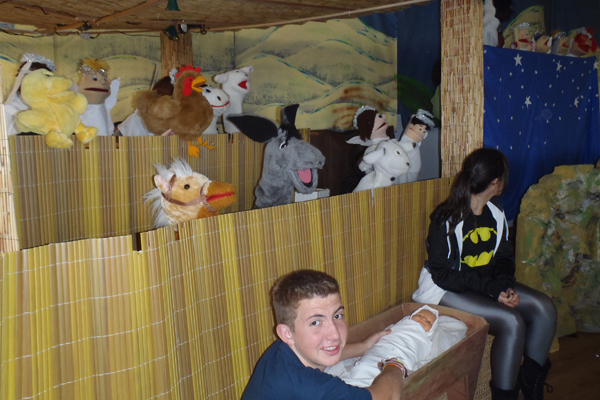