“Lovey” is a 23-year-old girl who has been working as a home-based caregiver in southern Africa. Her Zulu name is “Noluthando,” which means “mother of love.” The name Lovey was given to her as a “term of endearment” by Cherie, one of our short-term team workers from the states. Lovey shared her story with OC’s Jenny T and gave her permission to share it… 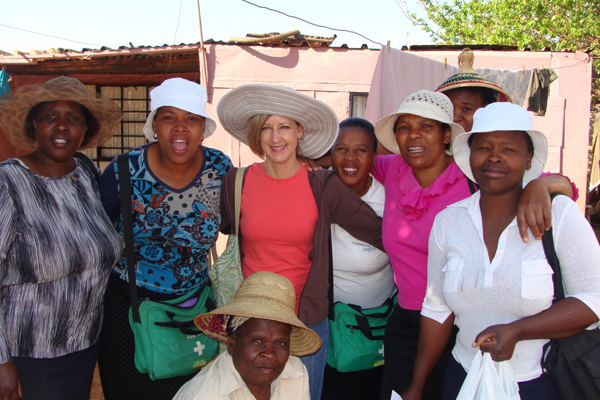 Jenny: What was it like for you growing up?
Lovey: I grew up in a family of six children in the eastern Cape. I had an abusive father who was an alcoholic. When I was young, he would not allow us to play with other children, and we were “held captive” at home. My father believed that women had no power, only men had power. He had no regard for women, and he beat my mother. She was the only one working and making money for our family at the time. One day my father got a gun out and pointed it at my mother, swearing at her to give him money. Terrified, my brothers and sisters and I cried and pleaded, “Please, stop father! Don’t do this!” He finally put the gun down, but for some reason when he set it down a bullet went off and shot up toward the ceiling. All of us quickly fell to the ground, and thankfully no one was hurt. Because of the anger and abuse my father expressed against us, I learned to fear men at a young age. These were really painful parts of my life.

Jenny: Why did you decide to be a home-based caregiver in your community?
Lovey: I wouldn’t say I was interested in being a caregiver initially. There was no money for me to attend college. I couldn’t go out there and sell my body as a prostitute, which many young girls are doing to make money. I found this channel of serving the community as a home-based caregiver, and I realized that I really do love caring for people! Unfortunately the government has not paid us much. Just like many of the other caregivers though, I continue to serve rather than stay at home and do nothing. 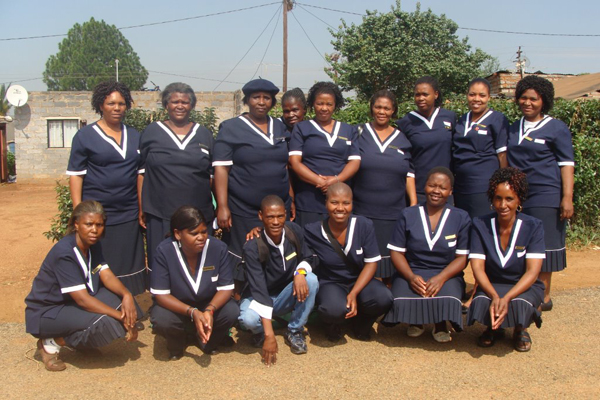 Jenny: What is something in your generation you feel needs to change?
Lovey: I would like to change abuse. It must stop! And molestation … I believe it is demonic … it is not nice. People are being mistreated by their own blood, their own family. People in our own neighborhoods are being taken advantage of, at night especially. Young women are put in harm’s way, and the police are allowing them to get away with it. It is sad that children adapt to what they see. They grow up thinking that it is right.

Jenny: What is the greatest lesson you have learned?
Lovey: Even though my father was abusive, and I wasn’t brought up in perfect circumstances, there are still things I can be grateful for. I grew through difficult situations and saw how my mother stood up for us, and even in her misery, she remained brave. Those are the things I hold onto.

Jenny: What is your future dream?
Lovey: One thing I can say is that I would like to prosper. I hope to go levels beyond where I am currently and be successful in my work. I hope to work in a clinic or hospital someday. 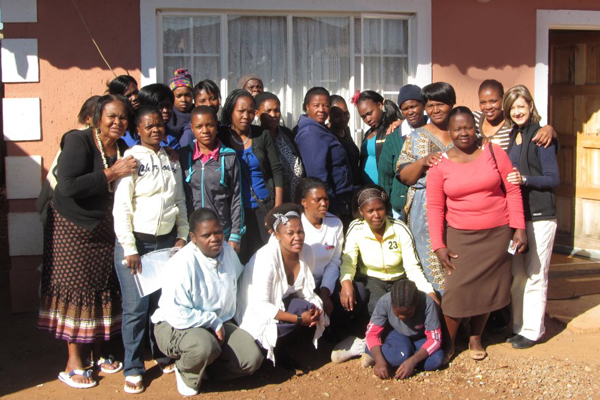 Jenny: Tell me about your name, “Noluthando.”
Lovey: (with her face beaming) It was my father who named me! It’s hard to believe that my father, of all people, was the one who actually came up with such a beautiful name for me, “mother of love.”

Jenny: What is the greatest need you have?
Lovey: That my family would get along. That people in my family would stop fighting. We need to be united, no more conflict. At times I don’t understand what is breaking us apart, and I feel lonely because of family issues. I just want to be in a happy family, where there is no more hatred and to love one another.

Jenny: What can we pray for you for?
Lovey: No more sickness at home. Death is a part of our life, but at times it is like it’s a curse. Please pray for healing and to love one another. And, please pray that I can get a better job!

Jenny says: “I was deeply touched as I listened to Lovey’s story. It reminded me of God’s promise ‘…to comfort all who mourn, and provide for those who grieve in Zion, to bestow on them a crown of beauty instead of ashes, the oil of gladness instead of a spirit of despair…’ Isaiah 61:2-3. Thank you for your prayers and care!”