Though Katie Eller’s (OC MK) teachers are fairly antagonistic to religious conversations, they were instantly interested when Katie presented the Operation Christmas Child project in her community college class in southern Spain. Giving Christmas gifts to children in Equatorial Guinea sounded like a great project. Katie even had the opportunity to show the instructional video – that not only shows how to prepare a shoebox full of gifts, but also reminds people to pray for the children who will receive the gifts.

Operation Christmas Child has been active in Spain for the past four years. A ministry of Samaritan’s Purse, in Spain it is under the auspices of Decision. Last year, Spaniards generously donated more than 22,000 shoeboxes, all sent to Spanish-speaking Equatorial Guinea in Africa. Shoeboxes full of gifts, toiletries and school supplies are given to children in needy areas, through local churches. Children who receive a shoebox also receive a small picture book that shares the gospel and invites children to participate in a correspondence Bible course. 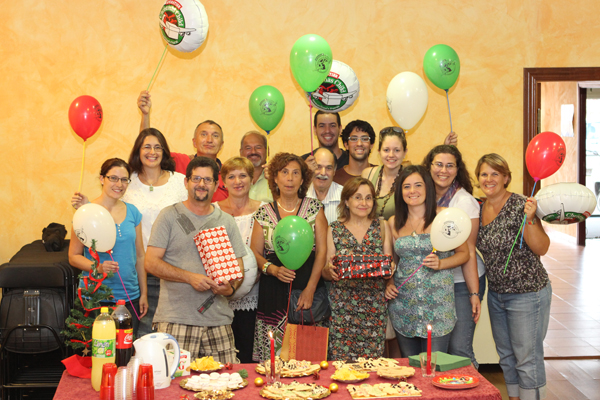 The Eller family got involved with Operation Christmas Child through their local church, which serves as a collection point for the boxes from all of Malaga province. The Ellers and others on their southern Spain team were sponsored by Decision in order to receive their visas for Spain. “We initially got involved in order to say ‘thank you’ to Decision for helping us get our visas,” Laura says. “But we keep at it because it’s fun to see the generosity and joy people have in participating.”

The Fraternity of Pastors in Malaga unite together to support the project, and more than 30 churches in the area participate in making boxes. But not just churches participate. Last year, Laura reports, a woman who works in the neighborhood where the church is located stopped in to see what “all the commotion was about.” She was so excited about the opportunity to participate that she went right out to the store and filled up three shoeboxes. When she returned with the boxes, one of the volunteers explained more about the project and then shared the gospel with her. 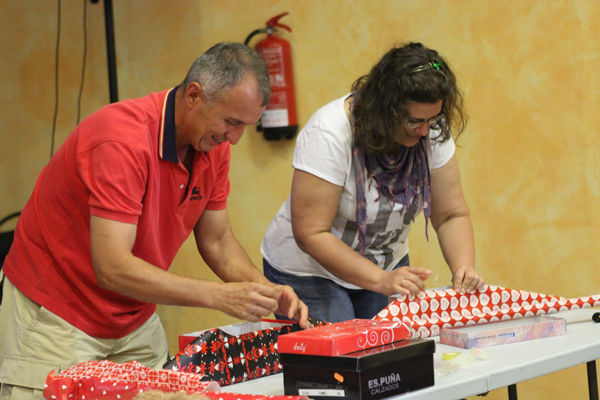 Each year, more and more groups and schools get involved. This year, a Christian student group on the Malaga University campus asked for 1,000 brochures. They took the project to the leadership of the university, and because it is a humanitarian project, asked if the university would contribute the five Euros per box, allowing the students to just buy the gifts to fill up the boxes.

Though Operation Christmas Child isn’t an OC ministry, it’s an example of how OC families work together with the Body of Christ around the world. Through local churches and through partnerships with organizations like Decision and Samaritan’s Purse, we are able to see the gospel spread as well as practical needs met.

Pray for Operation Christmas Child in Spain, for more than 25,000 shoeboxes to be collected and for the 25,000 children in Equatorial Guinea, and possibly Western Sahara, who will be the recipients of the boxes. Also be praying for continued unity among the Body of Christ in Spain, partially spurred on by projects like this. As believers come together, and as churches and organizations work together for the blessing of the nations, pray that revival will come to Malaga, and to all of Spain.