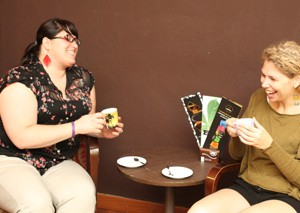 For Cortney Hiles and her husband Miguel, the journey to opening the doors of Café Alumbra has been a bumpy one, but a miraculous one as well. The dream started six years ago in a Moroccan tea shop in Granada, Spain and has flourished into reality — Café Alumbra opened its doors the first week of October.

At the beginning of the journey, Cortney and Miguel began to pursue the idea the opening the café in a “locale” connected to the building owned by Miguel’s family. The man’s lease who was renting the space was ending, and they felt this business was a solution to their dream.

“So we went forward with that idea, as it turns out, the man decided that he just flat out was not going to leave,” says Cortney. “It became this huge court battle that lasted three years. It just really burnt us out. We were to the point where we were questioning is this God’s will for us.”

Partnering with Sepal Espana (OC)
In the midst of the court battle, Cortney and Miguel met with their friends Amaro and Giselle Rodriguez for some spiritual guidance and encouragement. In the meeting, Amaro suggested meeting with Jesus Londoño, director of Sepal Espana in Granada, to give Cortney and Miguel the backing of a team. “About a week later, we met with Jesus Londoño and we pitched our idea, our dream. He said it sounded like something Sepal would love to have on its team, so we moved forward in the process of joining,” says Cortney.

After three years of court, Cortney and Miguel decided to look elsewhere for a space to plant the café. When they found one, they realized it was the exact same tea shop where the dream of Café Alumbra began. They began negotiations with the owners about renting the space, but because of the prime location, many other people where interested in it as well.

“A few days later the owners called us and said, ‘Look, we’ve met with a lot of people. We have a lot of people interested, but we just feel like this needs to be for you. We really like you guys and we would like to offer you the place,’” says Cortney. 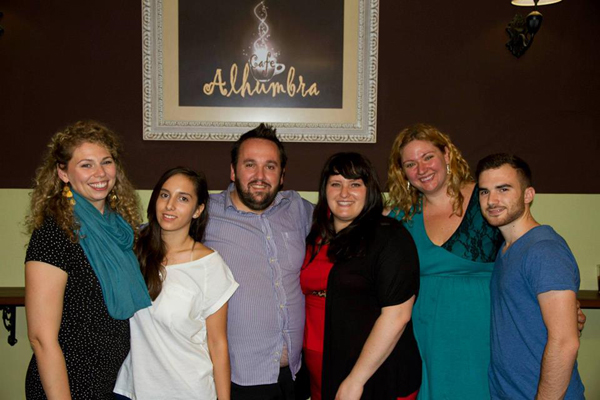 Renovating and planning
The renovation process began in January 2013, and it’s been a busy time. Many miraculous things have happened along the way. As the café is a “business as mission” initiative, they have raised money along the way to remodel and get the business going, but it hasn’t been as expected. “Usually when you pray for provision or you pray for God to do something, you expect a donor to give 10,000 Euros, but it’s been a lot more like the bread and the fishes, that it’s been multiplying in a way that we can’t explain,” says Cortney.

Another amazing piece to the puzzle is that in the 10 months of renovation they still needed to pay rent and had fallen behind. They were working out a way to pay the debt when they got a gift of a lifetime. “The owner told Miguel, ‘We want your business to be a success, so we are just going to forget about the debt. We are just going to start from zero. You pay next month’s rent, and we will forget that even happened.’ And these people are not believers. We don’t even know them from before, have no relationship with them, so that was just amazing for them to do that. They had no reason to do that, but that was definitely God’s hand there as well,” says Cortney.

Praying for the ministry
There are still many things to come together, but Cortney is trusting the Lord will provide.

Watching the story on video
For the whole story, 6-Year Dream Becomes Reality, click the video below: