On September 13-14, 2013 the OC International Board of Directors conducted their semi-annual board meeting at the US Mobilization Center. Some of the major items which the board processed during this meeting included:

New board members and executive committee
Two new members joined the OC board: Jeff Gott (Vice President at Waterstone) and Mishal Montgomery (Chief of Staff for the Mayor of Anaheim, California). This brings the number of board members to 15 which is the full complement of board members allowed by the board’s by-laws. 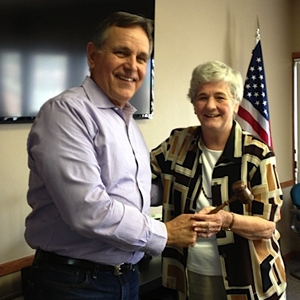 Dale Micetic was elected as the new board chairperson succeeding Dr. Nancy Duvall, who completed her three-year term limit as board chairperson. Dale has been on the board since 2004 and has served for the past number of years as chair of the Finance Committee and treasurer of the board.

Nancy says, “I have appreciated the spirit of humble servanthood in all those board directors and OC personnel I have worked with in this position of responsibility during these past three years. I am blessed to continue to serve as a board member through September 2014.”