As Outreach Canada approaches its 30-year anniversary, it continues to serve the church in Canada and partner globally with the OC Global Alliance in mobilization, healthy church growth, leadership development and discipleship. 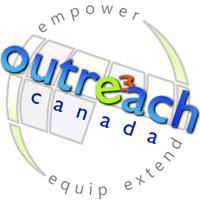 Outreach Canada did not develop out of an U.S.-started OC field. The Outreach Canada Board saw a need in the Canadian church and sought a way to fill it. “The Church in Canada had been in decline for a couple of generations and the Board saw that Canada was becoming a mission field, both because of the declining church and the increase in immigration,” says Craig Kraft, Outreach Canada Executive Director.

“Our Canadian Board hired Arnell Motz and Gerry Kraft as the founders. They started the team independent of OC International but with a sister mission status.” One main reason for mobilization of mission is the increasing immigrant population. “The cities of Toronto, Montreal, Quebec City, and Vancouver are four of the most ethnically diverse cities in the world. There are 169 identified linguistic groups in Canada.”

The need in Canada is vast; the church has seen a great decline in the last century. “At the end of the 1800’s about 58% of Canadians attended church regularly, but today only 7.7% of the population claim to be Evangelical Christians,” says Craig. “In the French-speaking province of Quebec there are only about 0.5% of the population who are Christians. Many of the old French Catholic churches have been converted to museums, heritage sites, and even apartment buildings.”

Partnering with Canadian ministries
Due to the great need, Outreach Canada’s main purpose is to serve local churches and local leaders. “One of our exciting ministry partnerships is with Church Planting Canada where we work with the leaders of many different denominations to share research and resources to promote church planting efforts across the nation,” says Craig. “We are also involved with outreach to immigrant work through our own Canadian Network of Ministries to Muslims and Loving Indo-Canadians.” Another facet of ministry is Corporate Chaplaincy. Outreach Canada has 13 corporate chaplains. “Our Corporate Chaplaincy department has been growing steadily over the past several years, and we have seen some great transformation stories in the companies where we have been able to serve.”

Although the primary focus in on the Canadian church, Craig says Outreach Canada’s team is encouraged to partner in ministry globally, through mission mobilization training with Perspectives and Kairos (programs seeking to mobilize the church for God’s global purposes), and also in partnership with the Global Alliance.

“We invest a lot of time in international partnerships and the OC Global Alliance and hope to be able to help start new teams in French Speaking Africa, Zimbabwe, and Europe,” says Craig. “Last year our team members were involved in ministry in 20 different countries. We encourage all of our team members to be involved in cross-cultural ministry at least once every three years. Many do much more than that.”

Outreach Canada is one of the larger mobilization centers in the Global Alliance but it is structured somewhat differently. “We have a current total of 57 team members consisting of nine administrative staff and volunteers, 15 mission worker serving in Canada, six mission workers serving outside of Canada, 14 part time/associate team members serving in Canada,” says Craig. Outreach Canada’s ministry is divided into four teams: Serving Canada, Serving Global, Serving the Marketplace, and Serving the Team. “Each team has their own set of goals but to summarize all that we do we use the tagline: Serving Leaders – Discipling Nations.”

Praying for Outreach Canada
Outreach Canada is doing great things in the region and in the 20 countries where it has impact ministries, but there is still a great need.