Two years ago, the Mongolia Evangelical Alliance (MEA) approached One Challenge and proposed a combined research project to discover the number of churches in Mongolia as well as the health of these churches and how to best reach nomadic tribes or those who live outside cities. In this video report, Project Leader Eric Smith shares about the training of local field researchers and a general overview of the project.

The MEA has set ambitious goals for the future of the church in Mongolia: 3,400 healthy churches, 300,000 believers and 600 mission workers sent by the year 2020. Russ Mitchell, an OC researcher working on the project, writes: “The church in Mongolia has seen spectacular growth in the last two decades. In 1990, when the country transitioned from Communism to a democratic form of government, it is reported that there were just four believers. The Census in 2010 recorded 40,000 Christians. Today there are about 600 churches: 300 in the capital city of Ulaanbaatar and 300 in the provinces. During the Communist years, Buddhism lost a great deal of its following as people embraced atheism. This seems to have created a spiritual vacuum that has resulted in great responsiveness since 1990.” 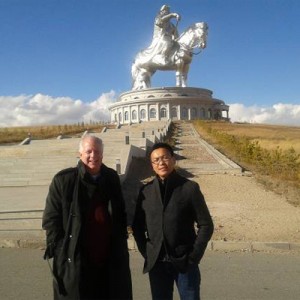 So how did this all get started?
In April 2012, OC was approached by Batbold, chairman and general secretary of the MEA and liaison between OC and the MEA for the project. Eric Smith, Mission Strategist with OC Global Ministries, says he thought Batbold came to ask for church planting coaches, but was pleasantly surprised. “He surprised all of us by proposing we do a major research project on Mongolia. Well that fell right in OC’s expertise,” says Eric. “Last November we made a trip there, and we eyeballed what it would really take to do a research project and what sort of resources they had available to them. We made a proposal and that proposal was accepted.”

Who is involved in the partnership?
Five months later, Batbold again surprised Eric with an invitation to return to Mongolia and train the 60 researchers he had gathered. Russ was able to join Eric on this trip. “And so Russ and I went to train these 60 researchers,” says Eric. “We found out that those 60 researchers are two from every province and district in the capital city. (After their training) they’re going to train three more people in their region, so we are going to have 150 field researchers when we are done.” 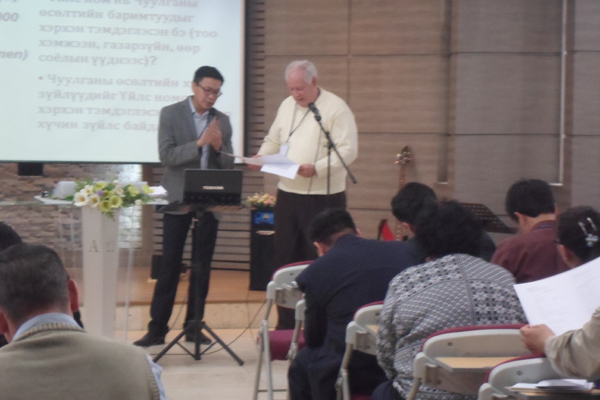 Eric says he learned a lot new information during this partnership with the MEA. He is incredibly impressed with the quality and caliber of the people leading the church in Mongolia. The feeling of gratitude and partnership is mutual. “Batbold was telling me that he was going around and echoing the meetings that we did when we where there. And he was doing that on his own, and carries with him a chair with the label on it ‘OC International’ and he said, he told people as he met with them, ‘This is our unseen partner’ – but we’re not unseen anymore,” says Eric. “They saw us and expressed great appreciation to OC for even being willing to take on this project, and to do it remotely, and to trust them. They’re just overwhelmed. They feel overwhelmed by our ability to trust them and I’m kind of overwhelmed with their capabilities.” 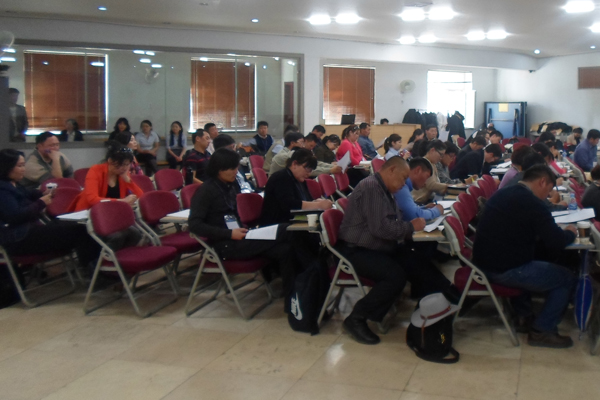 Russ was also impressed by the church in Mongolia, he writes: “Though the Mongolian church is young, we are pleased to see the unity among denominations and mission agencies, a national prayer network, zeal for evangelism and church planting, and leaders taking proactive steps to achieve God’s desired future. I’ve not personally seen or heard of anything moving so well in any country in Europe. Also I was pleased to learn of how Mongolians are already sending forth mission workers to other people groups outside of the country.”

How can we pray about the project?
Eric and his team of OC researchers are excited about the outcome of this research project and what it will produce. “The best prayer that we can offer is that they would persevere over the long haul because this is going to be an eight-year project. It’s going to require something in the neighborhood of about a 20 percent growth rate per year, which is pretty phenomenal,” says Eric. “So there’s going to have to be a lot of commitment, all the existing churches are going to have to plant a church every two years to succeed it, at the accomplishment of the goal. We just need to pray that they would have perseverance and determination and I don’t doubt that they will be successful.” Through all the prayers, Russ expressed the desire for God to remain at the center of this project. He writes: “May God’s name continue to be glorified in and through the believers there and that the good news of the kingdom would continue to spread rapidly.”