Although OC International-UK may be a small mobilization center in comparison to the United States or Brazil, it has a vital role in the Global Alliance as the area office for Europe and surrounding regions and its three mission worker couples work in diverse regions of the world. The vision of sending mission workers from OC’s UK field has very humble origins. Tony Ford, chairman of the UK Board, says the introduction of the idea of sending mission workers from the UK came from a meeting about internationalization with OC-US President Greg Gripentrog and OC mission worker Ron Pritz. 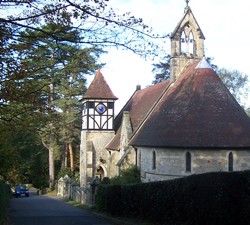 “They encouraged the Board to consider expanding our vision to include sending out mission workers and ministering to British churches,” says Tony. “It was like a fireworks display with amazing possibilities sparkling across the future. We were excited.” Tony credits the OC leadership of Greg Gripentrog and Vice President of Fields Dean Carlson for really sparking the ministry in the United Kingdom. “We are deeply grateful for their inspiration and leadership, especially in the movement to bring the OC Global Alliance into being. This was a bold, visionary, releasing, growth-inspiring development.”

From these collaborative beginnings, the Lord’s vision for OC UK reached beyond the idea of sending Britons into the world to sending multiple nationalities from OC UK as a base for their ministry. “While our initial vision was to send British people out to world mission, God had other plans,” says Tony. “We have Brazilians, U.S. citizens, an Egyptian and an Algerian in our mission family. This is delightful to us and means we have to be flexible in our policies and procedures.” As the mobilization center began to look at the churches in England to find those God has called to professional ministry, the problem of funding became apparent. “Any British mission worker would have to raise support. While God is able to provide generously, some churches have lost their understanding of and commitment to world mission. The challenge would be even more severe for a Brit remaining in this country for ministry.”

Although finding Britons to serve as professional mission workers with OC was proving to be challenge, God brought others for OC UK to serve. “The mission workers we have now have all been engaged in ministry before they joined us,” says Tony. “Their understanding of OC’s vision and ethos has developed as we explored their future together and as they talked to OC US mission workers living in Worthing, who are a wonderful repository of wisdom about OC.”

The Lord has blessed OC UK in a variety of ways through the men and women He has brought to serve with them. OC UK as a sending organization still has a heart for British churches. Tony says, “Until the last quarter of 2012 our main effort went into supporting our three mission worker families in Europe. Although we still long to add to that number, we also have a heart to minister to British churches.” OC UK is working in partnership with others to host events in the area. “We have a small network of people growing who are willing to help in OC UK-run events. One local pastor, who recently retired, has links into two groups (Baptist and Church of England) that hold events for pastors and ministers.”

Like many countries in Europe, Britain is post-Christendom, which makes maintaining a Christian witness a difficult task. “Previous generations saw the linking of political power and religion in state churches. These links are being broken, so the old assumption that one was a Christian unless declared otherwise is totally reversed,” says Tony. “With the rejection of Christendom has come a growing ignorance of what the Bible teaches and the core truths of the gospel. Lives are being marred and broken by hedonism, materialism, sinful relationships, and unhealthy life styles.”

Special day of prayer, July 8
Tony says the UK Board is looking to send out more mission workers, but it also wants to have people who live in the United Kingdom whose prime focus is the British church. OC UK is praying about where God is leading the organization, although it is sold out on the Global Alliance vision of reaching the world together.

“The UK Board is in prayer right now for God’s vision for OC UK,” says Tony. “We shall be holding a day of prayer on 8 July to hear from the Lord what he wants us to focus on. Meanwhile, the Global Alliance vision of ‘Healthy Churches Working Together to Reach All Nations’ keeps us motivated.”