On May 17 at the National Hotel in Taichung the Taiwan team kicked off the 60th anniversary celebration with songs of praise and thanksgiving to the Lord. Celebrations also took place in Taipei where OC leaders from around the world gathered for the first Global Alliance meeting to be held in Taiwan. OC’s Taiwan field leader, Bea Chang says, “Again, we see OC International is a cross-denomination gospel organization. It unites mission workers with different gifts from individual countries in a Global Alliance to step out to the world on the wonderful road of missions service!” 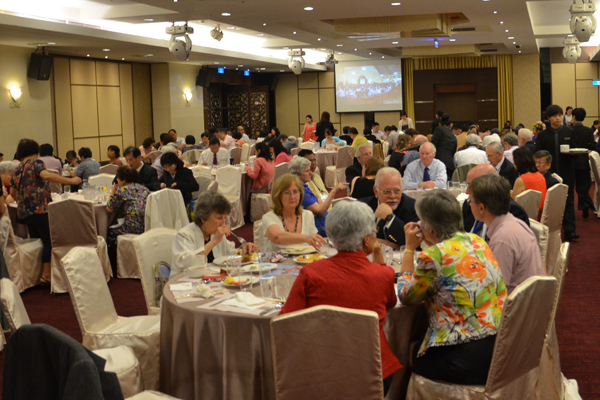 What we now know as the OC Global Alliance began in the early 1950’s as short-term ministry to a single country. Dick Hillis, the founder of OC International, responded to an invitation from Madame Chiang Kai-shek through Bob Pierce (who later founded World Vision) to come to Formosa (now Taiwan). Though Formosa was in danger of an imminent invasion from China, she said, “Our basic need is spiritual. We need your help.”

Though Dick had vowed not to return to China after his turbulent experiences under the Communists, he could not refuse such a Macedonian call for help. He launched a short-term ministry in Formosa. Army camps all over Formosa allowed teams to come and present the gospel to thousands of troops at a time. Gospels of John were distributed and applications for a Bible correspondence course were offered, resulting in thousands of troops beginning to study the Scriptures. The same occurred in schools across the island. It was a time for Harvest! (Information from China Hans, by Hans Martin Wilhelm) 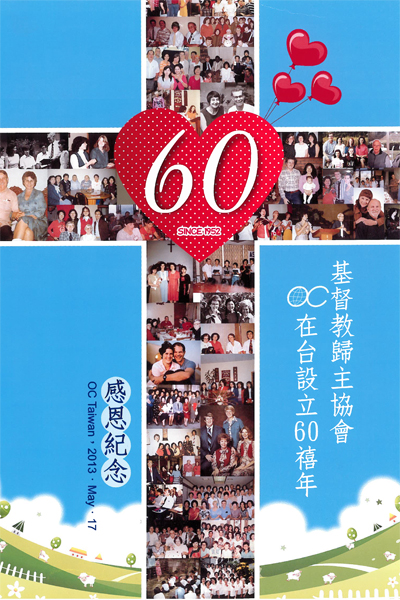 Thus began OC—and more than 60 years of ministry in Taiwan. Bea Chang, who has been ministering with the team for over 35 years says, “Thank our God! All mission workers in OC International have clearly heard His call and possess the three “S’s”:

As the Taiwan team moves forward they do so with the motto: The Challenge for the New Age – To Reach Men from All Nations and Win them to Christ. They plan to continue to minister in their own country through local evangelism (especially among seniors), sports ministries, and mentoring pastors. Last year they sent a short-term team of Taiwanese students to the Philippines and collaborated to send a mission worker to South Africa to work among the Chinese Diaspora. They hope to send more workers to South Africa and possibly some to Europe.

The celebrations were reminders to come and share God’s grace together. Bea says to all those who have partnered with them, “We are truly so grateful for all the encouragement and support you have given us. Please keep on praying for His protection and leading. May our gospel ministry at OC International, Taiwan have more and more sixty years to come!”