“God is raising up people from Colombia to see the need around the world and to reach out,” says Sepal Colombia team leader Phil Brown. “We don’t have any tips on how to make it work. We just look to the Lord as each new situation comes along as to what to do and how to help.” God is indeed raising up Colombians to seek his will and expand the gospel within Colombia and beyond its borders. 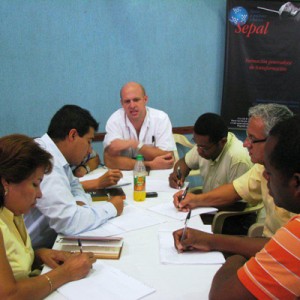 It’s clear the Lord is moving within the Colombian church, stirring the hearts of His people to go and serve. The difficulty that mission workers face is in support raising. “The church needs to gain a vision for investing in something outside of itself and its programs—though, if it’s a small church they struggle to raise the money for their pastor,” Phil says. The Colombia board requires 80 percent of funding raised before a mission worker is able to go. This is a difficult challenge so Phil says they need to be creative in their fund raising. “All our colleagues raise their own support, with some of them working for most of their income and a little bit through donations,” Phil says. “Others support themselves totally by their own work income.” God’s hand in Sepal Colombia is evident, especially in the financial area. “Sometimes God surprises us and sends someone we never thought would raise the money or get the paperwork,” Phil says.

Mission in Colombia presents its own unique set of challenges due to the danger that comes from travel within the country and political red tape. “To travel internationally outside of South America paper work is always a big issue,” Phil says. “Nationally, we have had times where it wasn’t safe to travel the roads, even last year a trip to work with pastors and leaders of the Guambiano tribe had to be canceled due to unrest in the area. The Guambianos canceled it.” In contrast, travel within the country is relatively inexpensive. “Normally when traveling nationally, we travel by bus, which is not too expensive,” Phil says. “We stay in people’s homes and the Lord usually provides for the travel costs through offerings received on the same trip. Many times our people leave home without the money to return, knowing that God will provide for the return trip.” 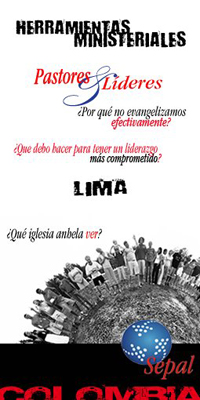 On the horizon for Sepal Colombia is opening a team in Peru. “There is one couple there working part time for Sepal goals. There’s another couple in Lima, they hope will become part of Sepal too,” Phil says. “So, one way or another–whether it’s sending people to Peru or actually just training people from Peru–we hope to form a team there.” Another desire is to contribute to a team beginning in Chile, Phil says.

Sepal Colombia has a lot to be thankful for and look forward to. “We thank God for His faithfulness with each one of the team,” Phil says. “Pray that God would raise up good support teams for all of our mission workers. That God would continue to send more laborers; for guidance as to when to train and who to train as the next group of candidates to be part of the team.”