“From the beginning, when I entered (counseling) classes, I never thought I’d be helping others,” says Scarlett, an OC partner in East Asia*. “I always thought they would just help me … My focus was on biblical teaching, discipleship and leadership training, that’s all I was concerned about.” Scarlett never imagined how useful counseling would be to her future ministry. In fact, Scarlett did not even pursue a degree in counseling and instead earned her master’s of divinity. But God had a different idea.

After finishing her degree, Scarlett started working at a church in California. Opportunities opened for her to minister to people by using her knowledge in counseling. “All those years of my ministry, even in the States, besides my work in the office and the church, teaching, and other things, I was always helping people.” Scarlett says. “I helped people with their marriage problems, their parenting problems, and all kinds of things. I became involved and people liked to talk to me.” 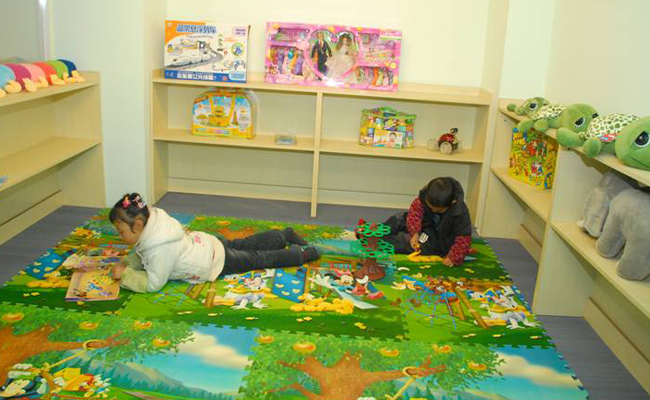 Then her life started to take on a different track and she was called to East Asia. Her plan was to focus on the biblical training and discipleship of leaders in the city to which God had called her.

Her first few years on the field involved just that – Scarlett met with, built relationships with, trained, and discipled house church leaders around her area. “Whenever I was training leaders or teaching an on-the-ground seminary class it ended up that my class became like a counseling class,” Scarlett says. She discovered that these pastors had been deeply hurt while in ministry and needed healing. “There’s no one to listen to their story or help them out,” she says. “Lots of mission workers went down there and taught the Bible and all the training skills to be a pastor. Most of the people didn’t have the skill to counsel them or just help them out in that way.” It was at that point Scarlett decided to put aside the training curriculum and turned the class into a time of listening and teaching self-care to these wounded leaders.

Around this time, a friend told her that a local university began offering classes for students to become a licensed counselor. Excited to pursue her passion, Scarlett enrolled. She quickly realized the professors were not as experienced as she had anticipated. God opened doors and Scarlett began teaching in that program. This led her to meet several other Christians who were pursuing counseling in order to serve church leaders who needed healing. “They found out that the house churches had lots of needs, well not just house churches but all churches in (East Asia), need people who can offer counseling because people have a lot of problems and pains and they don’t know where to turn,” Scarlett says.

Counseling is not a well established service provided where Scarlett works. “(East Asian) culture is you don’t tell people your problems,” Scarlett says. “When they come to counseling they are extremely sick with depression, anxiety, they have all kinds of problems. They don’t have the concept to go talk to someone to get counseling. They consider it odd to give money to just talk to somebody.” It was not until a major disaster happened that the government started to understand the importance of providing a place for people to deal with traumatic events and other issues.

“(The people) are more focused on money and prospering. They think first make your stomach full so you will not crumble. If you have an empty stomach, you will be crazy and do everything wrong,” she says. “So you’re happy if you have enough food, you have a car to drive; then you have no problems. That’s their thinking. But that is not true. So they have more problems than before and they don’t have the knowledge or thinking. For the (people) the thinking is always: you have to endure everything – suck it all in, swallow it, that’s all you can do. If you break down, you are a weak person. You have to be strong enough to take it all in. So if you go to see a counselor you are sick and weak. Gradually, people started recognizing they do need counseling.” There has never been a push for self-care and emotional healing on a professional level. So, when Scarlett met these other Christians who wanted to step out and help the church in this capacity, she knew God was moving.

After much prayer and provision from God, Scarlett opened a counseling center in the middle of her city. It is one of the first of its kind in that region! “All kinds of people came: policemen, officials, and business people,” Scarlett says. “They listened and found out this was good information. They introduced their friends. Some would come and say, ‘I think my co-worker has an anxiety problem, can she come to see you?’ We never put out advertisements.” 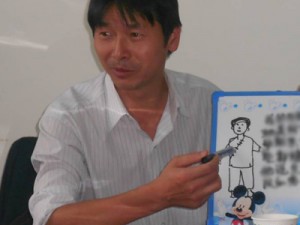 Scarlett now spends her time counseling her neighbors as well as teaching a new wave of local counselors. Her teachings root these new counselors in biblical truth in order to provide a more holistic service to clients. “My goal for the future is to turn this over to local people so they can do the work. This is a counseling center. It is not set up for me, it is set up for them. I am training them how to be a counselor and how to run this company. One day, when they are ready, I will give it to them,” she says.

God has guided Scarlett these many years and led to the provision of finances, opportunities, and a location for her counseling center. During her most recent furlough to the States, Scarlett learned to rely more on God rather than her own strength. “Thank God when I go back I’ll feel refreshed and God showed me a lot of things,” Scarlett says. “I realized it’s not my burden but it is His work, He has to carry it. I don’t need to carry it all.”

The need in East Asia is great, for emotional healing but also spiritual healing. Pray for East Asian governments to understand the need for suicide hotlines and an increased number of professional counselors. Keep Scarlett in your prayers as she continues to help meet this overwhelming need!

Would you like to join in financial support of this ministry?

*Note: Location, identities and other details are not provided for security reasons.