Karl tells his story of how his OC team is training church planters in Madagascar. He is the OC South Africa Field Director.

Here is a transcript of his video story…

“Well, I lead the South Africa regional team. We have a set of wonderful families that have been a part of our team over the years. We continue to grow as well, adding new families from all over the world.

“About three years ago we had a man with us from Madagascar who came to one of our meetings, because we meet together about once a quarter. We try to invite as many to come and share, share the need and share opportunity. He came and shared with us about the need for training church planters in the rainforest region of Madagascar. There are about 7 million people who live in a densely, isolated section of the country, and anywhere from five to nine unreached people groups within that region, which stretches the entire eastern part of Madagascar. He had done some research through other ministries to map out one center section of the rainforest, but there was a tremendous need for research and training of church planters in the rainforest. 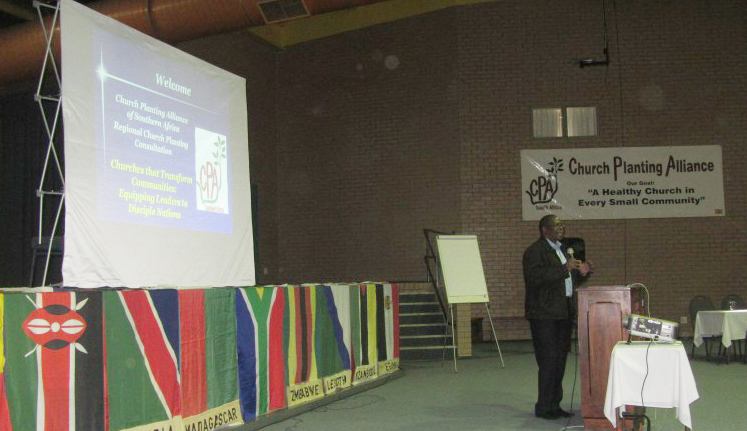 Let me tell you a story…

“So through the course of prayer and partnering with other ministries, about a year and a half ago we sent a team in, actually Ethiopians. We brought some Ethiopian trainers who came partnering with us, from South Africa and Madagascar to train 45 church planters, in church planting movement type training. Deployed them out into the forest, every two months did follow up and coaching and encouragement with them, and then two months ago we brought them back. We said that you couldn’t come to the training unless you brought with you some leaders, some church planters that they had raised up.

We had to stop the number of leaders at about 120, because they were bringing 3 and 4 generations of church planters that they had raised up. And we heard just incredible stories of how God was just using these church planters to move into villages that had no churches and seeing powerful, dynamic change happening. People coming to Christ and small discipleship groups forming around the Scriptures, caring for one another and multiplying and penetrating village after village. The last story we heard it was over 1500 churches have been planted over the last year and a half. And our goal is to plant 6000 churches across the entire rainforest in the next 4 years.

“And the exciting thing is just through word of mouth, denominations and ministries are partnering with us. Out of the rainforest people are popping up and saying, ‘We’ve been here for generations trying to plant churches. We want to be a part of what God is doing.” We are just incredibly humbled to see a movement of this discipleship happening. We trust that it will not just stop there, but that it will penetrate the rest of that island, and then spawn and birth other movements on other islands as well. So it has been a thrill just to be part of what God is doing there.”