Out of all the mission organizations, in all the world, why choose One Challenge? Some recently commissioned mission workers answer this question – with the general consensus that OC’s values on family and freedom to innovate are the top reasons.

Family is not only a written policy in OC but a practiced one. Tracy Erickson, who officially joined OC in Sept. 2012 with her husband Dave, says: “care of the family as a whole” was an important piece in their decision to join. The entire family is part of OC, not just the “listed” professional mission worker in the family. Joel and Irena, mission workers to Ukraine, say when they were looking for organizations to join, family became a large consideration. They serve as a couple, so an organization that promotes this is a must. Irena says: “OC is very family oriented, because we want to serve as a family, not just Joel or not just me, so that really drew us.”

Angela Olson, a single appointee to the Philippines, also says she likes the family atmosphere of OC, especially the reputation of the Philippines team. She says: “If I’m going to go far away from home, I might as well get myself into another family.”

For the Colons and Ericksons a close second to the importance of family as a value is OC’s emphasis on freedom to innovate. Irena Colon says this value was essential to their decision: “Since I lived (in Ukraine) for so many years, and Joel had lived there for so many years, we already had ministries we were involved in and opportunities that we saw. So, it is very encouraging to us to be part of the organization that allows us to continue to do what we’re already doing and planning to do, and support us in that.” 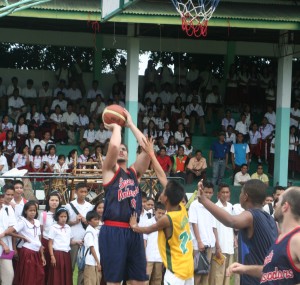 Dave Erikson has similar opinions related to his desire to expand the Sports Ambassadors ministry. Dave says the history of SA is important to him, and the impact it has had personally in his life: “I just really appreciate the history. But yet, also Sports Ambassadors’ desire and the freedom that we have to pursue the Lord in what he is doing and what he may desire to do through sports in the world.”

Whether it’s family, innovation or another OC core value, God continues to bring people into OC that catch a common vision for the world. If you are prayerfully considering missions, please explore One Challenge’s “GO” page or contact OC mobilization at mobilization@oci.org.